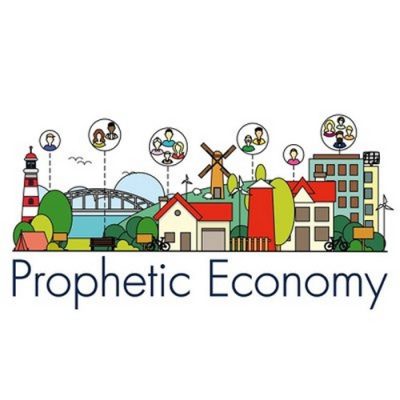 Recent news stories from around the globe highlight the message of the prophetic economy, according to Dr Lorna Gold from Trócaire.

Dr Gold was speaking during a panel discussion at the Prophetic Economy Conference in Rome yesterday.

Many news story underline the urgency of the message of prophetic economy, she said: the famine in Yemen, signalled by the UN as the single biggest famine the world has seen in a century; the 60 per cent reduction of the animal population on the planet since the 1970s; the floods in Venice; and the election of President Bolsanaro in Brazil “on an election promise that he will exploit the Amazon and threaten the people and civil society groups which have been defending the Amazon”.

“So we’re facing a crisis, not just in one area, but the economic and social system that we have is producing multiple crises. The reason we’re here is to hope. We need to understand the darkness but we need to seek and find the light,” Dr Gold said.

Among the international panellists addressing the topic of “Dimensions of crisis – pathways to hope” was Professor John Sweeney, climatologist from Maynooth University, Ireland. Quoting from the latest Intergovernmental Panel on Climate Change (IPCC) report that global warming is likely to reach 1.5 degrees between 2030 and 2052 if it continues to increase at the current rate, Dr Sweeney said even reaching 1.5 degree increase in temperature would be devastating. Such a temperature rise would see the loss of many coral reef islands, and Sub-Saharan Africa would be threatened much more severely. “The great mega deltas of the world where the land is subsiding even as the sea is rising would create the potential for a large-scale displacement on a scale we haven’t seen on the planet before,” Prof. Sweeney said.

“We have ten years left to avoid that and the next generation will simply be too far away to tackle this problem,” he said. “It’s imperative that we avoid the 2 degrees [rise in temperature].”

Economically it made sense to tackle climate change, said Prof. Sweeney, citing the impressive Stern Review (2006) which said the cost of tackling climate change would amount to 1 per cent of global GDP, whereas the costs of doing nothing would cost between 5 per cent and 20 per cent of global GDP by 2050. The review said CO2 emissions had to be reduced by 80 per cent by 2100 and affirmed that “technically and commercially viable solutions exist”.

Prof Sweeney said while it was possible to take action at an individual level, a more effective response was through legal action. “There are about 130 civil actions [taking place] around the world which I think will be something that will change the minds of legislators in the years ahead. In many ways it is only the threat of legal action that forces people to stand up as legislators to very powerful vested interest groups which otherwise control the show.”

He urged conference delegates to return to their countries and look at what was happening there. “Look at what your government is doing, see through the green-washing of companies and of vested interest groups and urge that it is necessary now to look at things in a much more holistic way, where we put aside national self-interest as the prime directive given to our negotiators at the conference and the parties’ meetings, and look to a more global holistic approach as the only way ahead to avoid some of the catastrophes which may otherwise lie ahead for the next generation.” 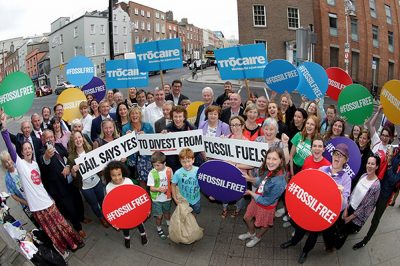 Prophetic Economy is hosted by the Economy of Communion (EOC) of the Focolare Movement, the Global Catholic Climate Movement, the Association of the Community of Pope John XXIII, ATD Quart Monde, Nomadelfia, Teens for Unity and others.

Among the speakers representing youth on yesterday’s panel was Luis Calfa, a 12-year-old Boy Scout from Slovakia who said he believed humanity was crossing boundaries from which there was no return.

“Now our headway is starting to have a very bad effect on the world. We are exceeding limits in spite of nature suffering. We should set stable emissions limits, we should stop using disposable plastic products. We have to cease destroying and harming our planet if we want a good and not life-threatening future.”