Home > Featured > Ireland has biggest homeless crisis since the Famine

Ireland has biggest homeless crisis since the Famine 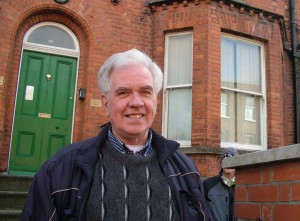 We have more homeless people in Ireland now than at any time since the Famine according to Fr Peter McVerry.

He wants the Government to place compulsory purchase orders (CPO) on the most suitable of the 186,000 vacant privately owned properties in Ireland.

According to the Jesuit it is cheaper and quicker to bring unused houses into use than to build from scratch.

Speaking on RTE’s Drivetime Fr McVerry said, “The Minister’s (for Housing, Simon Coveney) plan for homelessness and housing is a very comprehensive plan, it is better than any plan we have had before but it’s not radical enough. We have an enormous crisis.”

He added, “We had 1,000 homeless children a year ago, now we have 2,000 – so we have a crisis, a crisis that is way beyond resolving by small measures we need much more radical action than the Minister is proposing.”

When asked how many houses should be bought by CPO he said 16,000 for a start rather than the 1,600 proposed by the Minister’s plan (but not necessarily by CPO).

Fr McVerry said that although the Government might be challenged in court about CPO on private houses, he would expect the courts to rule in favour of what is for the common good, and allow for the purchase of empty houses for the homeless. 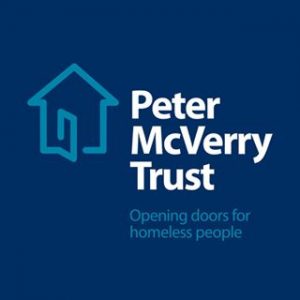 Among these were 26 apartments, offering homeless people accommodation for life bringing the total number of apartments at year end to 132.

These are just some of the details in the Peter McVerry Trust Annual Report 2015 published in Dublin yesterday (30 August).

“Last year was our busiest on record as the need for homeless services grew week after week. The Peter McVerry Trust sought to respond as best we could to that growing need and by year end, we had seen 8,467 participant engagements across our services, up 89% on 2014,” said Pat Doyle, CEO of Peter McVerry Trust.

The charity urged the Minister for Housing, Simon Coveney TD to bring forward legislation to link rents to the consumer price index.

“Unless measures are brought forward to tackle the root cause of accommodation costs and restrain price rises there will be widespread and long lasting consequences for both the economy and wider society,” he said.

Last week another campaign revealed that up to 47,000 Irish homes in Ireland are now owned by vulture funds, and tenant families who rent them face eviction and even homelessness.

Focus Ireland launched the ‘Vulture Shock’ campaign warning that action is needed to protect people’s homes from international investment funds that buy distressed properties to sell for a quick profit.

The launch of this new campaign came as the Central Bank indicated that it’s not satisfied with the approach taken by the Department of Finance to the regulation of so-called vulture funds.

“Focus Ireland is calling for Government action to stop more vulture funds swooping on Ireland for the easy profits to be made by exploiting tax loopholes and weak legislation.”

“This serious threat to Irish homes first hit the headlines this year when a vulture fund bought an apartment complex in Tyrrelstown and tried to evict the tenants. It is shocking to realise that whether you own or rent, vultures could swoop on your home in this way,” said Mike Allen, Director of Advocacy, Focus Ireland.

Focus Ireland wants the State to remove the ‘sale of property’ as grounds for termination of a tenancy under the Residential Tenancies Act – as is the norm in many other countries.

Some figures in the Peter McVerry Trust Annual Report 2015:
– 4,705 unique individuals across its services in 2015.
– 8,427 participant engagements across all services marking an increase of 89% on the previous year. (This reflects intensive supports with clients accessing multiple services)
– 31 – Average age of client group.

Reflecting Peter McVerry Trust’s history and capacity to support people with complex needs the three main issues after homelessness were drug use, family breakdown and mental health. 149,000 meals were provided during the year.