Investigative journalism under the spotlight 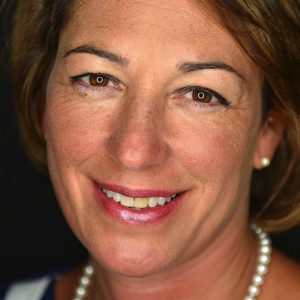 Pulitzer Prize-winning journalist Carol Leonnig will lead a workshop in investigative journalism at the Cleraun Media Conference in Dublin next month.

The conference, which is held every two years, is organised by Cleraun Study Centre, a student facility and residence affiliated to Opus Dei and located near UCD. The event has grown steadily in stature since the first media conference was held in 1986.

The 16th Cleraun Media Conference is on the theme ‘Investigative Journalism on the Digital Frontier: New Sources, New Tools, New Technologies, New Audiences’, and it runs from Friday 11 to Sunday 13 November at CA House on Pearse Street in Dublin.

Keynote speaker Carol Leonnig won a public service Pulitzer Prize in 2014 as a member of The Washington Post and The Guardian team that released the ‘Snowden Papers’ and revealed the extent of US electronic surveillance across the globe. Those being bugged by the National Security Agency included European politicians such as German chancellor Angela Merkel. The following year, Leonnig won a national reporting Pulitzer Prize for her work in revealing lapses by the American Secret Service in their protection of President Obama and the United States.

At the conference, a masterclass in documentary film-making will be given by George Carey, a former editor of BBC’s Panorama programme, who is credited with creating BBC’s Newsnight programme.

Other speakers at the conference include: Alys Harte of BBC4’s File on Four, Cécile Schilis-Gallego of the International Consortium of Investigative Journalists, Matt Cooke of Google News Lab UK,  Eliza Mackintosh of Storyful UK, Mark Coughlan of RTÉ ’s Prime Time, Mark Dooley of The Irish Daily Mail, Steve Dempsey of The Sunday Independent, Seán McCárthaigh of The Times, Gerard O’Neill of Amárach Research and Suzanne Kennedy of Newslinn.

Admission costs €60, with a €25 reduced rate for students. For more details, see http://cleraunmedia.com/.