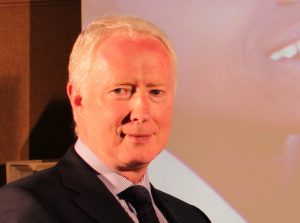 The international political system is fuelling humanitarian crises rather than fixing them, Trócaire warned on the eve of the World Humanitarian Summit in Istanbul.

The summit, which is the first gathering of its kind, was convened by UN Secretary General Ban Ki-moon to address how the political system fails to act quickly or urgently enough to prevent or stop humanitarian crises.

However, only half of global governments will be represented by senior figures at the summit, which Trócaire believes will dilute the event’s ambition.

In a statement on Sunday, Trócaire said the failure of many European countries to send senior government ministers to the summit was “reflective of political indifference to preventing or solving humanitarian crises around the world”.

Trócaire’s Executive Director Éamonn Meehan said, “Ban Ki-moon’s vision was for world leaders to come together to agree to put humanity at the heart of global decision-making. The failure of governments to buy-in to this vision is telling.”

“Rather than act to resolve humanitarian crises, the political system often exacerbates them. The five permanent members of the UN Security Council are the world’s biggest arms dealers. They have played active roles in fuelling the Syrian war. The climate crisis, meanwhile, is driven by political indifference in developed countries.”

“Humanitarian crises generate little more than a shrug of the shoulders from an indifferent international community content to write-off ‘failed states’ but unwilling to deal with the human consequences.”

“There are approximately 125 million people – almost 20 times the combined Republic of Ireland and Northern Ireland populations – in need of humanitarian assistance around the world. The humanitarian system is under enormous pressure, much of which stems from a failure of politics to tackle the underlying causes of humanitarian crises.”

Mr Meehan said that the attitude of many EU states, including Ireland, to the summit was particularly disappointing, although not surprising given the EU’s reluctance to uphold international law with respect to Syrian refugee crisis.

“Senior government ministers from many European countries, including Ireland, will not be in attendance,” he said.

“This is a sad commentary on Europe’s growing indifference to suffering outside its borders.”

“Unwilling to agree on how to offer protection to just 160,000 displaced Syrians, Europe’s recent deal with Turkey has given a dangerous signal that the EU regards civilian populations as commodities to be traded, and international law as a voluntary code of conduct.”

Major humanitarian crises the agency is currently responding to include the Syrian war and refugee crisis, conflict in Myanmar and drought in east and southern Africa.

A top level Vatican delegation will be present in Istanbul for the first ever World Humanitarian Summit is taking place today 23 May and tomorrow 24 May.

At the heart of the summit is the call for us all to invest in humanity – that is in people’s safety, dignity and the right to thrive – to  place that belief at the core of global decision-making.

All participants will be committed to a unified agenda focusing on climate change, urbanization, population growth and how new technology can be used for the benefit of everyone. Round table events will provide the space for further creative brainstorming and on how to share and invest in new ideas.

The Vatican has sent three top representatives to the meeting including Cardinal Secretary of State, Pietro Parolin, Permanent Observer to the UN, Archbishop Bernard Auza and Archbishop Silvano Tomasi, who until a few months ago was the Permanent Observer of the Holy See to the United Nations in Geneva.

The role and specific value of religious organisations and faith-based groups involved in peace-making, humanitarian assistance and long term reconstruction is recognised and highlighted as the strengthening of the synergies between all humanitarian stakeholders is one of the priorities in Istanbul.