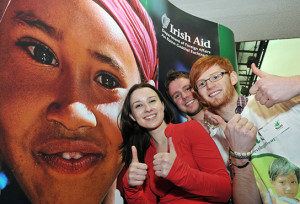 The Minister of State for Trade and Development, Joe Costello, has said he would like to see the number of Irish people volunteering overseas increase.

As part of this initiative, Irish Aid will work closely with Irish embassies in developing countries and with NGO partners to place volunteers in Irish Aid partner countries, including Ethiopia, Uganda and Zambia.

An online register to match potential volunteers to the most suitable placements is being set up, while greater support will be provided to volunteers. The initiative will also encourage retired public servants and others to use their skills and experience to volunteer.

“Volunteering has sometimes been seen as the preserve of the young. However, the recent early retirement of large numbers of public servants opens up new opportunities for these skilled individuals to share their experience in areas as diverse as education and health,” Minister Costello said.

This is a strong trend, according to Viatores Christi (VC), which has seen a big increase in retirees volunteering overseas.

Maeve Bracken from Tullamore, Co Offaly is one such volunteer. She took early retirement from An Bord Bia and went overseas as a VC volunteer to Haiti from 2008-10. 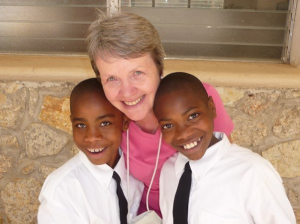 Since her school days she was fascinated with stories in missionary magazines such as Far East and Africa and the Mercy Sisters encouraged her and the other children to be aware of those in need.

Maeve always wanted to go to the missions, however work and family commitments did not permit this to happen until she was 60 years of age.

“I would recommend it to anybody because they have so much to offer. They have their lifetime experience and all the skills they have acquired,” she told CatholicIreland.net.

“There is so much they can do with the practical common sense they have. And as people get older they are not phased because they have encountered so many situations in life…. like running homes and businesses they have lots of ideas.”

In Haiti, she worked with special needs children in an orphanage. She found some had the ability to create embroidery and cards and soon got the mothers involved. A card-making enterprise was born employing 16 and giving them much needed income.

She was present when the devastating earthquake hit Haiti and, although in the hills out of the reach of the worst, she had worked with two American volunteers in their twenties who tragically died.

She helped at a hospital where the entire grounds were filled with the injured. One very telling fact she quotes is that the world supply of body bags ran out at that time. 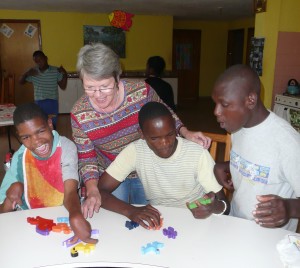 Those who had begged for money before now begged for water. Maeve explained that the people had an indomitable spirit and an unshakeable faith and continued to sing hymns to God. International agencies were also quick to arrive and help.

Her time was up just one month after the earthquake and although she wanted to stay and help there were nurses and other medical staff arriving from Ireland.

She returned home and has been involved in many fundraisers since. She returns to Haiti every year – and is due to go in November again.

She would strongly recommend volunteering. “It is very rewarding to be helping others and seeing their lives improved,” she said.

“It has definitely changed me and made me appreciate what we have and how difficult life is for people in poor and developing countries. We do have an obligation to at least try and do something.”

Irish Aid Volunteering Fair 2013 was held on Saturday 12th October and showcased volunteering options in a variety of developing countries.

Some 23 Volunteer Sending Agencies gave advice and presentations detailing their placements, the application process and their personal experiences. Among those attending were Goal, Christina Noble, Viatores Christi, SERVE, VLM, VMM and many more.