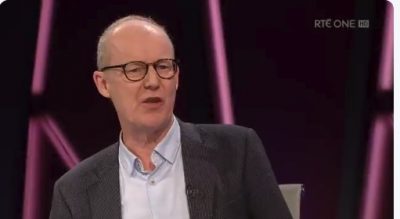 Focus Ireland has responded again to negative remarks about the homeless from housing officials, stating that such comments are an unnecessary distraction.

He added: “It is a worrying reality that many of the senior public servants with responsibility for tackling homelessness have now made public remarks which characterise the problem of homelessness as being primarily caused by the behaviour of people who are homeless (they exhibit ‘bad behaviour’, ‘game the system’ and become homeless because homeless accommodation is so attractive).”

However, he noted that Minister Eoghan Murphy is an exception – he has not made such remarks and has occasionally distanced himself from them.

Since his remarks were published in the Sunday Business Post, there have been calls for Owen Keegan to apologise. Next month members of the council will vote on a motion calling for his resignation. 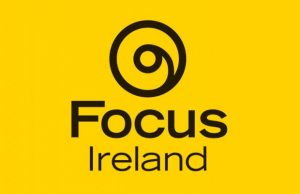 In a statement on the issue Mike Allen said that some people say there is a planned strategy to “change the narrative” about homelessness and undermine the public concern and sympathy for those who are homeless. Instead, Focus Ireland wants public servants “to treat people with dignity and respect” and provide “public services which solve problems”.

Mike Allen said that the many different understandings of what it means to be homeless are also distracting. For example, Mr Keegan and others use the term “homeless” for those in emergency homeless accommodation. However, Ireland’s housing and homeless problem is now much deeper and more widespread than that.

Focus Ireland evidence shows that after eviction many families spend long periods staying with family or friends on makeshift sofa beds and in the “front room”, and similar accommodation. Only when this becomes unsustainable for everyone do these families register as “officially homeless” and enter homeless services.

“Solving homelessness is not a matter of moving people between sofa surfing, hotel rooms and Hubs, it is about providing an adequate supply of affordable, secure homes, with support where needed,” said Mike Allen.

He added that millions of euros have been spent on these shelters and hubs and more than 1,000 new “emergency” homeless beds have been opened in the last few years, with 300 more to follow annually.

Focus Ireland and similar organisations have been accused of being negative when they are critical of this approach. Mike Allen said that Dublin City Council has “totally inadequate and unambitious social housing targets”.

“The major problem about Mr Keegan’s comments is not that some people felt insulted or upset, but that they distract us from the fact that Dublin City Council needs to do a lot more, with a much greater sense of urgency,” said Mike Allen. He concluded that more social housing must be built.