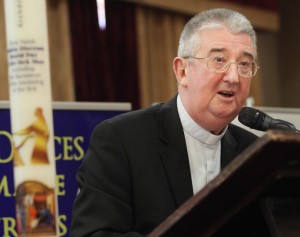 Archbishop Diarmuid Martin of Dublin has described the inequalities in health care as “distressing” at a conference in Dublin for World Day of the Sick.

Giving the concluding address to the conference in Dublin, the Archbishop said there is no doubt that health care is “one of the areas of greatest concern for most of us as we reflect on the future of our society”.

Archbishop Martin referred to people’s anxiety over what might happen to them or their children or an elderly relative if they are hit by serious illness.

He told over 250 delegates attending the conference at the Talbot Hotel in Stillorgan, “I do not think that I would be exaggerating if I were to say that this is one of the most significant anxieties that people feel” and want both the political and the health care community to address.

​He underlined such concerns are not confined to Ireland. 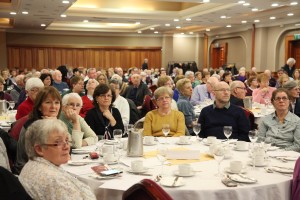 Noting that two-tier health care systems are a feature of every wealthy society, he said, “There are the huge inequalities around the world between the wealthy and the poorer countries. In so many parts of the world, children die tragically of illnesses which are easily cured.”

The Archbishop also criticised how politics and economic planning had “failed us in so many dimensions” and added that extraordinary scientific progress in fighting disease and in medical research had not been paralleled by the science of equity and sharing.

Addressing the community dimension of health care, the Archbishop suggested that Church communities can play a special role.

“There is a danger that our societies can fall into the temptation of thinking that health care is a matter just for professionals and for the State.”

​​“We need to foster a deeper sense of how society and community can play their role and how that role can best be sustained and recognised by the State,” he said.