Home > Featured > Indian priest to serve in archdiocese of Tuam

Indian priest to serve in archdiocese of Tuam 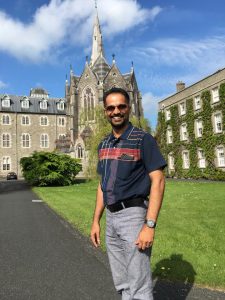 The people of the archdiocese of Tuam have warmly welcomed their newest priest Fr Yesudas Kodiveetil, who has come all the way from India to serve in the Irish Church.

The new curate is bound for Tuam parish where he will take up his post on 8 July.

His arrival comes after a local paper reported in 2013 that Tuam had lost six priests due to retirement and transfers that year.

There has been discussion around greater use of deacons in the diocese and the clustering of parishes.

The new priest comes from the Diocese of Alleppey, Kerala, South India which is family and pastoral-orientated.

“In my place in Kerala it is usually families,” he told catholicireland.net. “We gather families together in basic Christian communities.”

The 47 year old has not yet seen much of Ireland, nor of its large and sometimes empty churches. This week he is at Knock Shrine which he told Catholicireland.net sees packed masses every day, just like his home diocese.

There, vocations to the priesthood are thriving even though Catholics are in a minority at under 2% of the total population of India and 18-19% in his area which has more Catholics.

“Even with that 19% we have a good foothold because of our Catholic education institutions and hospitals,” he said.

Fr Kodiveetil added that these institutions are well regarded by all, regardless of religion. Locally in Kerala all the religions get along, but nationally there is more persecution of Catholics late under the current Government which is Hindu and nationalist. 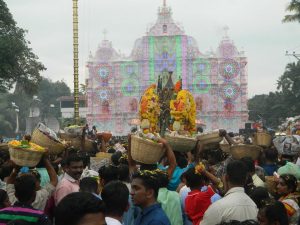 His journey to Ireland is down to his sister Helen who was already living in Tuam and running a thriving and growing charismatic prayer group here.

She kept inviting him to come and work in Ireland.

When his job in a prison ministry was coming to an end he decided to see what was possible.

He met the Archbishop of Tuam and agreed to an initial two year stay, although this can be extended.

He is spending his first few weeks on the pastoral care team at Knock and he said he finds it most useful that he learned the English mass while in the seminary.

Fr Kodiveetil is not the first priest from India to serve in Irish diocese. In the Diocese of Kildare and Leighlin, Fr George Augustine who also is a native of Kerala, is currently in Portlaoise parish.

A Benedictine father, he visited Ireland for a placement from Rome in 2011 and stayed. He is due to move to Kilcock parish soon.

When announcing the Kildare & Leighlin diocesan appointments earlier this week, Bishop Denis Nulty stated that he is in “ongoing conversation” with the Diocese of Iasi in Romania about the possibility of a couple of priests from there spending a few years in Kildare and Leighlin.