One of the country’s most famous religiously run secondary schools has seen its largest intake of students in its history. 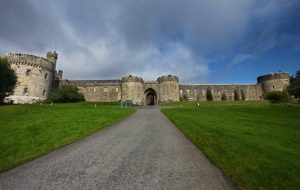 Speaking to the Limerick Leader newspaper, Noelle O’Brien, director of admissions at the Benedictine-run Glenstal Abbey in Murroe in Co. Limerick said their numbers continue to rise.

“This year we will welcome 69 new students from first to fifth year. They are local, national and international – from San Francisco to Tokyo and in between. This brings the total roll to 255, up 8 on last year. Our first year class is at capacity in both boarding and day boarding. Our boarding numbers remain strong,” said Noelle.

“For a school like ours the decision for a parent to send their child here involves a longer period of discussion and discernment. Most schools in this country operate with a fixed catchment zone; however, the geographically diverse origins of our students whether within Ireland or from overseas means that the same criteria do not necessarily apply,” said Noelle, who commented that they have noticed increased levels of interest from the Irish diaspora.

The increase in numbers comes at a time of huge changes for Glenstal, including the introduction of day boarding at the school.

Also among the changes which have taken place at Glenstal this summer are the appointment of the College’s first ever lay principal in its 85-year history. Carmel Honan joined Glenstal this summer from St Flannan’s College in Ennis, where she had been principal for a number of years. The role of school principal was traditionally included in the office of headmaster, and so, up to now, has always been held by a monk of the Benedictine community of Glenstal.

Carmel Honan is a native of Ennis, Co. Clare, where she was educated at Holy Family School and Coláiste Mhuire. After studies in NUIG, she began her teaching career in 1989. She was appointed principal of St Flannan’s College, Ennis in 2012. She also holds an MA in Psychotherapy. She has previously served on both the Board of Management and the Board of Governors at Glenstal and is well acquainted with the school.

Speaking about the appointment, Fr William Fennelly OSB, headmaster, explained that Carmel will be in charge of the day-to-day management of the school. “I will be more focused on admissions, strategic development, and ethos. Carmel joins us from St Flannan’s College where she was principal for five years. She knows the monastery and school well here and we are very encouraged that such a capable person is so interested in the values we seek to incarnate and instil”.