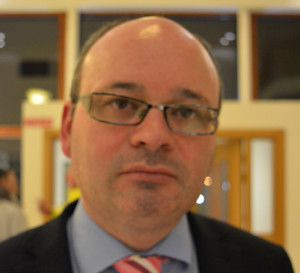 The Editor of the Irish Catholic newspaper has described an article in last weekend’s Irish Mail on Sunday, which portrayed the opponents of same sex marriage as a handful of people from one family, as “a smear” and “almost black propaganda”.

Michael Kelly told CatholicIreland.net that it was “disappointing to see media indulging in what I can only interpret as an attempt to discredit some of those who are saying things that are unpopular”.

He was referring to a piece in Sunday’s Irish Daily Mail titled ‘How the voices of anti-gay marriage are linked’ which targeted Irish Times columnist Breda O’Brien, her son Ben Conroy and Catholic Comment spokesperson Petra Conroy.

Speaking to CatholicIreland.net Michael Kelly said he found the story “quite bizarre”.

“I would question the motivation of the paper in publishing it. I wonder what the relevance of it is in the context of the referendum,” he challenged.

He added he would like to see a situation where people look at the arguments people are making rather trying to criticise them because they are related to each other.

“We have a long tradition in this country – because it is so small – of people who are related to each other in public life. Look at the Dáil and the number of relations that there – this is something that is actually very common,” he commented.

As a journalist, he said seeing such an article in a national newspaper was “tragic” and almost seemed “calculated to try to quash the few dissenting voices” towards same sex marriage, which is due to be voted on in a referendum in May.

“Suggesting that their (those opposed to same sex marriage) points are somehow not valid because they are all related to each other,” was wrong he said and he appealed to the public to listen to the arguments being made.

“I think one of the things we are seeing, and it is not just in the referendum debate, but also in the wider context around the Church, is a certain caricature of those who speak on behalf of the Church in Ireland by certain sections of the media.” 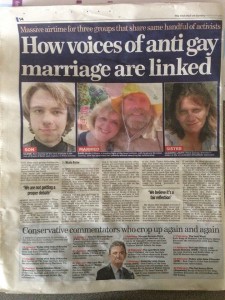 That caricature, he said, perceives those who speaks on behalf of the Church in Ireland as either mad, bad or stupid.

“They believe that the Church should be down and out… their caricature of people articulating the Church’s view is elderly out-of-touch clerics and then when they find it is family people or young people – they just can’t compute that”.

He appealed to the media and the public to look at the arguments.

“If what they are saying is objectionable then it will be shown to be objectionable. If it is not, then in any public debate it should be heard and that goes for all sides of the referendum campaign”.

“Unfortunately among some political people and some media people there is almost an attempt to finish off this referendum before the campaign has even begun and at a certain level the attempt to silence these voices is just very anti-democratic.”