Home > News > “I ached for my father”: woman raised by lesbians

“I ached for my father”: woman raised by lesbians 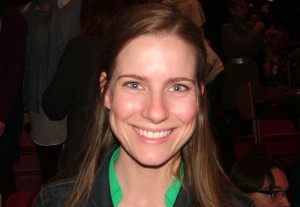 Heather Barwick was raised by her mother and her lesbian partner.

She has hazy recollections of her father – a “deep unfamiliar voice” on the end of a  phone wishing her a happy birthday.

Her mother had left her father when she was two to be with someone she really loved – another woman.

“I was raised by two moms. I was never teased or bullied or treated differently. In fact my friends at school thought it was cool,” Heather told a recent conference on ‘Protecting and Nurturing the Family’ in Dublin.

She lived as part of a gay lesbian community and has lots of “sweet memories”.

Yet no matter how much her two moms loved her, there was one need they could not meet – her need for a father. “I missed him and I ached for the father that I always knew I would never have.”

When she was ten her mother got paperwork together to change Heather’s surname to her own. “I couldn’t do it. I remember crying and telling her that this is the only thing that Dad gave me and I don’t want to give it up.”

Heather went to counselling, but as she got older she got used to the grief and tried to fill ‘that hole’ with other things.

“I engaged in self destructive behaviour and my desire to be loved by a man became dangerous for me when I found myself in two abusive relationships.”

In time she  made contact with her father. “He welcomed me in and we talked but nothing can restore a relationship that has been lost.” 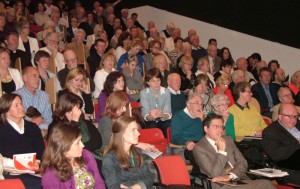 Heather had and has a deep and unconditional love for her mother.

For years she supported and advocated for same sex marriage.

“It seemed to me that if I loved my mum, and I wanted her to be happy then I had to support gay marriage. But then I had children and for the first time in my life I witnessed fatherhood in action,” she said breaking down in tears.

“It was then that I was confronted with the plain truth that kids do best with a mother and a father.”

Heather said that the cost of speaking against gay marriage was very high.

“All of those who voice public concern about this have been bullied, threatened or harrassed and their careers jeopardised. Ugly and vile things are said in the name of tolerance and equality.”

Ms Barwick said that most supporters of gay marriage do so from a desire to “love and support their gay friends”.

Gay people have experienced real injustice and descrimination. “When men are beat up, lose jobs or are denied housing because they are gay, my heart bleeds with them but legalising gay marriage is a misguided way to show our love towards the gay community.”

In our efforts to support the gay community, let’s not forget the weakest ones, the children, she added.

Many  children grow up in broken or complicated homes without the presence of a mother or father, said Ms Barwick, “but it would be reckless to institutionalise a family structure that will always deny a child a father and mother.”

She lamented the reduction of parenthood to a set of tasks that anyone can fulfil.  “It’s tragic and terrifying that we’ve gotten to the point that that is the accepted belief.”