Home > News > Former hurler to be ordained to the priesthood

Former hurler to be ordained to the priesthood 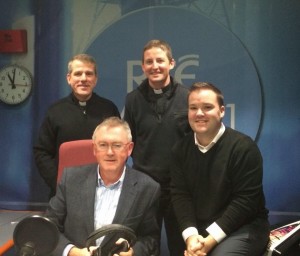 A former Tipperary hurler will be ordained to the priesthood this weekend.

Vincent Stapleton (33), a former underage hurler with Tipperary and a cousin of current Tipperary corner back Paddy Stapleton, will be ordained on Saturday in the Cathedral of the Assumption in Thurles by Archbishop Kieran O’Reilly of Cashel and Emly.

The former primary school teacher, who still lines out for his village club Borrisoleigh, will say his first Mass in his home village at 6pm on Sunday.

Speaking about his forthcoming ordination to CatholicIreland.net, Rev Stapleton said that becoming a priest was something he always wanted to do, long before he entered the national seminary in Maynooth in 2009.

“After my First Holy Communion, I can remember playing Mass at home wrapped in a bed sheet, using my new communion missal, bits of Stapleton’s bread and an ironing board. There was even another young boy whose job it was to ring the bell at the right time. I was an avid reader and I knew every story from the children’s bible inside out,” he said.

Of his decision to join the priesthood he said, “Trying to fit in and be cool is a priority for any teenager and I judged that a vocation to the priesthood would not set my star rating very high.”

“Coming up to the Leaving Certificate I consciously buried the desire to become a priest under the surface and put my energy into hurling and other pastimes.” 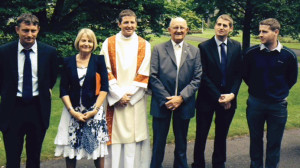 Vincent Stapleton after his ordination as a deacon.

He pursued a career in primary school teaching and graduated from Mary Immaculate College in Limerick in 2003 working as a 5th and 6th class teacher at Templederry National School in Co Tipperary.

“I loved teaching and especially the teaching of religion. I found great joy in passing on the bible stories that I loved as a child. All of the children had their individual strengths but I came to the belief that religion or some kind of belief was the one subject they could all benefit from.”

He added, “When some of the kids said to me that I would make a good priest I could no longer suppress the call and contacted the vocations director for the diocese of Cashel & Emly – Fr Pat Coffey.”

He began his seminary studies at St Patrick’s College Maynooth on 23 August 2009. “I really enjoyed my time there,” he commented.

Rev Stapleton will be ordained at 3pm on Saturday.