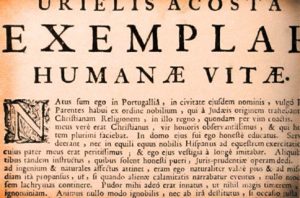 Hundreds of catholic scholars have signed two separate statements on the Church’s teaching on artificial contraception with one group challenging the Church’s ban and the other supporting it.

On Tuesday in New York, a major new reassessment of the 1968 papal encyclical ‘Humanae Vitae’ was launched by the Wijngaards Institute for Catholic Research, an independent think-tank based in the UK.

The report is the work of international experts on biology, ethics and theology and it calls for an end to the Church’s ban on artificial contraceptives for family planning.

‘The Ethics of Using Contraceptives – Promoting Good Health & Good Conscience’ was accompanied by a scholars’ statement endorsed by over one hundred prominent Catholic academics from 23 countries, including Mary McAleese, the former President of Ireland and American theologian, Charles Curran.

The statement calls for an official re-opening of the discussion of the morality of using contraceptives via an independent process of consultation similar to the commission on women deacons that Pope Francis recently agreed to establish.

The interdisciplinary report concludes that couples may responsibly use contraceptives not only for prophylactic purposes but also for family planning.

Baroness Helena Kennedy QC, a patron of the Wijngaards Institute, commented ahead of the launch of the report, “The Church has to recognise the reality of people’s lives. The gulf between practice and teaching is too great and causes serious anxiety to many people.”

One of the recommendations of the Wijngaards Institute’s interdisciplinary task force is that a magisterial document is issued confirming that the use of non-abortifacient modern contraceptives for prophylactic purposes is morally legitimate and to allow for the distribution of modern contraceptives by Catholic-run health care facilities.

“We are calling for a ‘development of doctrine’ to update the received teaching on contraception so as to make it compatible with current scientific and theological knowledge.”

Elsewhere, the scholars say they want to help alleviate the suffering and poverty that is caused by the condemnation and denial of access to adequate reproductive healthcare for families.

“We highlighted that the vast majority of acts of sexual intercourse do not have the biological capacity for procreation and so, contrary to the central claim of Humanae Vitae, cannot have a procreative finality and significance.”

They stress the human capacity to interact responsibly with the created order.

“This is evident in the fact that human beings routinely intervene in the laws of nature by altering them. Indeed, even the smallest medical intervention is an instance of that. The morality of such interventions is determined simply by whether or not they are conducive to human flourishing. We noted that it is it is contradictory to affirm, on the one hand, that as a general principle ‘sexual intercourse which is deliberately contraceptive [is] intrinsically wrong,’ and on the other that it is morally legitimate to practice Natural Family Planning with the ‘intention to avoid children’.”

All co-authors agreed that abortifacient contraceptives should be avoided, unless there is proportionate reason for doing otherwise.

The review studied the benefits of using modern contraceptives, including allowing men and women to plan their families, lower maternal and infant mortality, greater cognitive development and health for children as well as increasing women’s education and contribution to the greater good.

It concludes by exploring the case for the use of barrier methods of contraception for prophylactic purposes, to minimise the spread of disease.

However, on Tuesday, more than 500 scholars issued a signed a statement of support for the Catholic Church’s ban on contraception.

At a press conference at the Catholic University of America, the scholars produced an ‘Affirmation of the Church’s Teaching on the Gift of Sexuality’ as a rebuttal to the ‘Wijngaards Statement’.

Among the claims made by the Wijngaards Statement and disputed by the Affirmation is the suggestion that neither Scripture nor natural law offers any support for the Church’s teaching that contraception is never compatible with God’s plan for sexuality and marriage.

“During the past half century, there has been an enormous amount of creative scholarly thinking around the Church’s teaching on contraception, thinking that includes profound reflections on the Theology of the Body, personalism, and natural law. In addition, there has been extensive research on and analysis of the negative impact of contraception on individuals, relationships, and culture,” the scholars supporting the contraceptive ban state.

Citing natural family planning, the Affirmation states, “In order to live God’s design for married love, husband and wife need moral family planning methods. Fertility Awareness Based Methods of Family Planning (or FABMs, i.e., the many forms of Natural Family Planning) respect the God-given spousal union and the potential to procreate. FABMs are fully consistent with the Church’s teaching on marital chastity. Couples using these methods make no attempt to thwart the power of acts that could result in the procreation of new human persons. They respect God’s design for sexuality; they help individuals grow in self-mastery; they have the potential to strengthen marriages and respect the physical and psychological health of women. Moreover, science demonstrates that they are highly effective both in helping couples limit their family size when necessary and conceive when appropriate.”

Among the signatories of the statement of affirmation for Humanae Vitae is professor emeritus of moral theology at Maynooth, Fr Vincent Twomey.