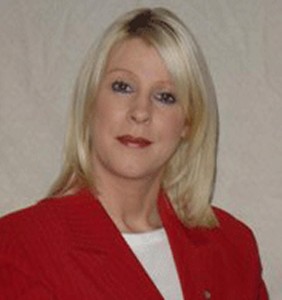 “The absence of a sitting Assembly has blocked advancement on key human rights issues, leaving Northern Ireland far behind the rest of the UK,” said Patrick Corrigan. “In Northern Ireland, same-sex couples still cannot legally marry,” he continued, “and women are subject to some of the most draconian and outdated abortion laws in the world.”

The Amnesty programme director said the UK government had the “power and authority to legislate for change on these urgent human rights issues and cannot keep blaming the Stormont deadlock for inaction”.

“Amnesty was founded to highlight and confront human rights abuses and to stand up for citizens who were suffering under unjust regimes. It is beyond disgraceful that Amnesty International is betraying its own founding mission through its startling infatuation with abortion,” said Bernadette Smyth, Director of Precious Life.

“Amnesty now seems to spend the vast majority of its time attacking the rights of the most defenceless and vulnerable people of all – unborn babies. It’s an assault to those who seek to defend real human rights and protect the vulnerable.”

On 9 January 2017, Martin McGuinness resigned as Deputy First Minister of the Northern Ireland Executive. Both the Executive and the Northern Ireland Assembly collapsed and attempts to restore power sharing have failed. The region currently holds the world record for the longest period without a sitting government.

An article published on Wednesday on The Christian Institute website maintains that the Northern Ireland Secretary, Karen Bradley,  has been sent many letters urging her to keep the current protections on the lives of the unborn. According to the nondenominational Christian charity, some of the letters have come from those born with conditions that provide grounds for an abortion in the rest of the UK. It quotes a successful businessman with cerebral palsy, who said that if abortion were permitted for foetal abnormality, it would “open a flood-gate” to abortion on demand.

“I was born with cerebral palsy and while I do depend on others I make a big contribution to Northern Ireland,” he said, adding, “I employ four staff members, and I’m actively involved in my community. I do pray that any decisions on this will be done with much wisdom.”

Meanwhile, yesterday in the Dáil, Ruth Coppinger TD raised the case of a woman pregnant with a baby with a foetal anomaly in which the organs are outside the body, who has been asked by the Board of the Coombe hospital not to have an immediate abortion, but to wait a month when it is likely she will miscarry.  The TD told the Dáil that the woman had the abortion signed off by two doctors but that the immediate termination had been refused.