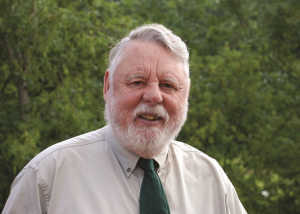 Former hostage negotiator, Terry Waite, who spent more than four years in captivity in Lebanon after Hezbollah extremists kidnapped him in 1987, will give the keynote address at a conference in Belfast on Friday.

The two-day international conference is hosted by the Irish Churches’ Peace Project (ICPP).

Entitled ‘Faithful Peacebuilding’ it will be opened by Bishop Donal McKeown of Derry, chair of the Irish Churches’ Peace Project, together with Rev Dr Donald Watts, President of the Irish Council of Churches.

Church leaders and 150 participants from across Northern Ireland who are currently taking part in the work of the Irish Churches’ Peace Project will attend the conference.

The three main sessions consist of international perspectives on peace-building and reconciliation.

Speaking ahead of the conference, Bishop McKeown stated: “Since the launch of the Irish Churches’ Peace Project in 2013, this initiative has energised our local church communities and brought to the fore strong examples of best practice in the contribution of churches to the vital work of promoting reconciliation and addressing remaining obstacles to peace in Northern Ireland.”

“This conference provides a valuable to opportunity to reflect on that learning, and to challenge ourselves on the basis of the international experience and insights offered by our distinguished keynote speakers.”

On Friday, Terry Waite CBE will draw on his experience as a hostage negotiator, humanitarian and author, in his address ‘Reconciliation – a Challenge to, and central calling for, the Churches’.

In the 1980s, he acted as a special envoy to the Archbishop of Canterbury, Dr Robert Runcie, and successfully negotiated the release of missionaries taken hostage in Iran after the Islamic revolution.

A total of 10 captives were released through Waite’s efforts before Shiite Muslims seized him during a return mission to Beirut on 20 January 1987.

In captivity for 1,763 days (four years of which were in solitary confinement), he was chained to a wall, often left in darkness, beaten and subjected to mock executions.

He was released in 1991 along with American Thomas M. Sutherland after negotiations by the UN.

Other speakers at the conference are Rev Emmanuel Murangira, who will speak about his experience of peace-building work with Church-based organisations in Rwanda in his address ‘Personal and Corporate Journeys in Reconciliation’.

A Rwandan refugee, born in Burundi, Rev Murangira was born in a refugee camp and his family experienced displacement several times throughout the course of his childhood.

He now works with Tearfund on issues of development and reconciliation in Rwanda and Burundi.

Dr Jörg Lüer who will speak on the theme ‘The Role of the Churches in Healing Historic Divisions’ and outline lessons from the experience of the German-Polish reconciliation, initiated with the Pastoral Letter of the Polish Bishops to their German Brothers (1965).

The Irish Council of Churches’ Peace Project, launched in 2013, is an initiative of the island’s four largest churches: Catholic, Presbyterian, Church of Ireland, Methodist; and the ICPP.

The ICPP seeks to promote reconciliation in our communities through the Churches working together for the transformation of Northern Ireland and the Border Region.

The Irish Council of Churches vision is to build a peaceful and stable society, with a better and shared future. The project will run until June 2015.