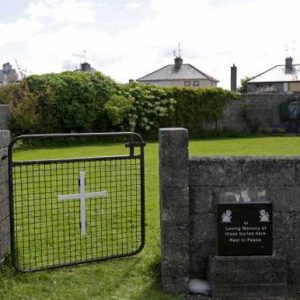 The Archbishop of Tuam, Dr Michael Neary, says he is horrified and saddened at the news that the remains of dozens, perhaps hundreds, of babies and infants have been found at a Mother and Baby Home in the Co. Galway town.

The remains of unborn children and of infants as old as three years of age appear to have been dumped in what was a sewerage treatment system at the home, which was run by the Bon Secours Sisters between 1925 and 1961. In that 36-year period, 796 children died at the home.

Speaking at 10.30 Mass on Sunday morning at the Cathedral of the Assumption, Archbishop Neary said: “I was greatly shocked, as we all were, to learn of the extent of the numbers of children buried in the graveyard at the Mother and Baby Home in Tuam. I was made aware of the magnitude of this situation by media reporting and historical research.

“I am horrified and saddened to hear, through the Commission’s interim statement of 3 March 2017, that quite a large quantity of human remains were discovered on this site which, on analysis, matches the timescale of the Tuam Mother and Baby Home. This points to a time of great suffering and pain for the little ones and their mothers. Albeit not unexpected, I was very upset as I read the Commission’s findings. 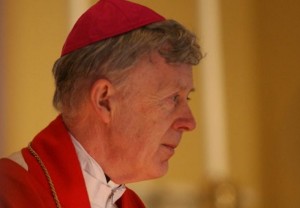 “I can only begin to imagine the huge emotional wrench which the mothers suffered in giving up their babies for adoption or by witnessing their death. Some of these young vulnerable women may already have experienced rejection by their families. The pain and brokenness which they endured is beyond our capacity to understand.”

Saying that it was simply too difficult to comprehend the feelings of helplessness and suffering experienced by the women in the Mother and Baby Home as they watched their children die, Dr Neary said that the words from a reading at last Sunday’s Mass might offer some comfort to all who are affected by the revelations. The Prophet Isaiah wrote: “Zion was saying, ‘The Lord has abandoned me, the Lord has forgotten me.’ ‘Does a woman forget her baby at the breast, or fail to cherish the child of her womb? Yet, even if these forget, I will never forget you.’”

Dr Neary said his Archdiocese had no direct involvement with the home, “but any material we have which is even remotely related to the investigation, has been handed over in full to the Commission”.

He told the cathedral’s congregation: “I welcome the fact that the Commission has already asked that the relevant State authorities take responsibility for the appropriate treatment of the remains, and that the Coroner has been informed. It continues to be a priority for me, in cooperation with the families of the deceased, to seek to obtain a dignified re-interment of the remains of the children in consecrated ground in Tuam.”

Commenting on the Tuam revelations, the Association of Catholic Priests said: “It will be argued, with some cause, that the Catholic Church was not totally to blame, as the whole culture of Ireland during that period made it acceptable for pregnant unmarried girls to be treated so shamefully. But the Church, because of its dominant position in the Ireland of the time, must take a large degree of responsibility for what happened. Also, we must acknowledge that individual priests in parishes, through the advice they gave to parents of unmarried pregnant women, and in some cases through public condemnation from pulpits, helped to limit to mother and baby homes the options available to parents.”