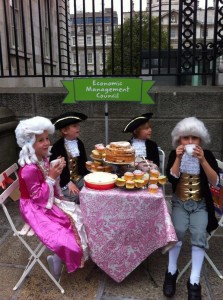 The Society of St Vincent de Paul (SVP) has said it hopes that the Minister for Finance’s indication that the Budget ‘take’ will be €600m less than previously expected signals an easing back on some of the austerity measures.

In a statement, the SVP said they “strongly oppose any further reductions in social expenditure as the people we assist and those who are struggling throughout Ireland have suffered enough.”

In particular, the organisation is opposed to any cuts to the Social Protection Budget, education and health services as these affect people on low incomes disproportionately.

Earlier this year, the SVP launched ‘Your Voice’ , a booklet which indicates the strong level of  public support for an end to austerity.

The booklet has been issued to all TDs and Senators. It contains some 300 comments from the public giving an insight into the suffering austerity has caused. The comments were gathered during the recent SVP ‘Your Voice’  online campaign.

She stated that a fresh and compassionate approach is needed for Budget 2014 to help thousands of families who are in danger of losing their homes. There must be a return to building affordable homes, she said.

“A Government investment of €400m could provide 3,000 homes and in addition up to 3,200 much needed construction jobs,” she wrote.

She stated that having a home is something which is slipping beyond the means of thousands of families in this country.

“The figures are stark; there are 5,000 people already living on our streets, over 57,000 families are in mortgage arrears for more than one year, at Focus Ireland we have seen a 23% increase in people seeking help over the past two years and all the time rents are on the increase. In Dublin alone, 16 families a month are becoming homeless,” she stated.

She listed measures she believes should be implemented:

On Tuesday (8th October) Barnardos launched its Budget campaign with a ‘Let Them Eat Cake’ photoshoot to urge the Government to spare already hard-pressed families any further hardship in Budget 2014.

Barnardos’ CEO, Fergus Finlay, said “If the Government is hopeful that Ireland is on the road to recovery they must transfer this hope to families and communities who are reeling from ongoing cuts to supports and services.

A family with four children has lost €1,638 as a result of direct cuts to child benefit and the Back to School Clothing and Footwear Allowance since 2011. Budget 2014 must show that the Government are in touch with reality and spare families any further hardship, he said.