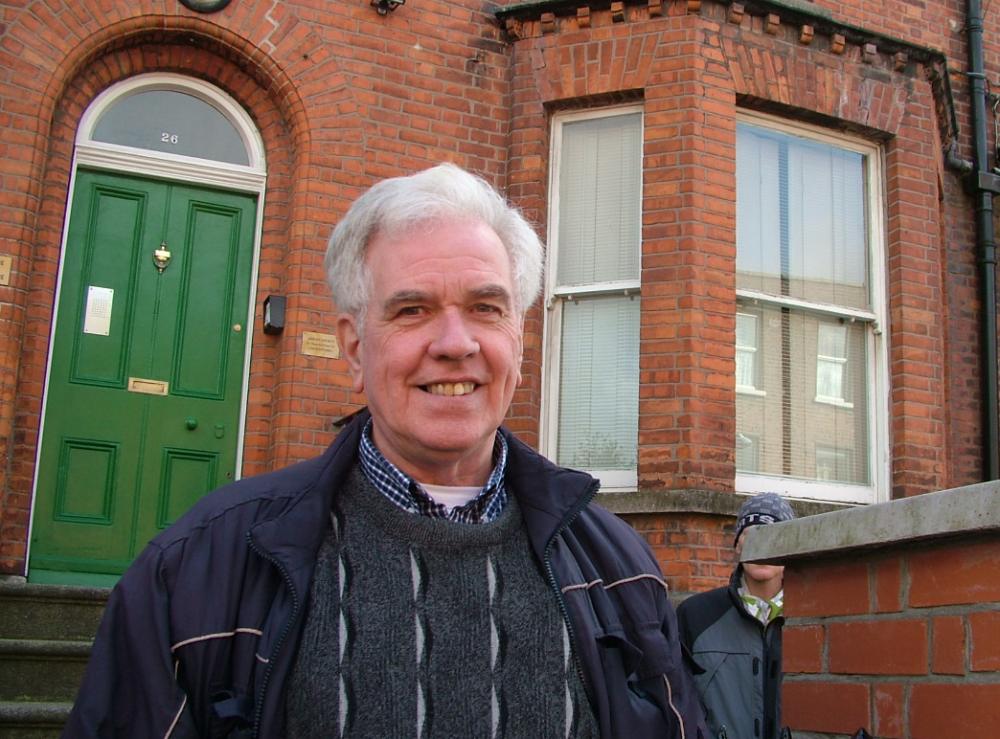 The situation of homelessness in Ireland, and in particular in the capital has never been as bad and is getting worse all the time according to Fr Peter McVerry, SJ.

By official estimates, six new people are becoming homeless each day in Dublin, and the number is probably higher, the advocate for the homeless has warned.

“The traditional image of homelessness is of drug users or alcoholics and that is changing now,” he told CatholicIreland.net.

“The vast majority are ordinary working class people, even middle class people, who can no longer afford to pay their rents and are being evicted because the rents are shooting up.”

Other people becoming homeless are those in relationship breakups.  “Someone has to leave and they have no money saved up so they become homeless.”

The changing profile of homelessness is posing a problem for the government.

“As long as it is drug users and alcoholics, the Government can ignore it, but with the increase of the supply of working and middle class people becoming homeless this is going to change.”

Fr McVerry has lived for nearly twenty years with the homeless and founded the Peter McVerry Trust.

With twelve hostels, 100 apartments for long term living, four drug treatment centres and a drop in centre, the Trust now accommodates around 300 people, but according to Fr McVerry  it is a “drop in the ocean”.

The situation is now set to get even worse.

“A lot of people who bought during the Celtic boom can’t afford to pay their mortgages. They estimate that the homes of between 15,000 to 25,000 families  are going to be repossessed.”

“They are going to be looking for accommodation in the private rental section and there is already a huge shortage,” the Jesuit said.

He believes the real solution is government investment in social housing.

“Until the government invests in social housing, homelessness will get worse.”

In the meantime, the McVerry Trust appeals to local authorities, and individuals to give them empty houses. “Give us the houses and we will raise the money to refurbish them.”

Anne Marie, a thirty-one-year-old homeless woman from Bray told CatholicIreland.net that she went into care when she was eleven, and became homeless aged 13.

“The State couldn’t provide a place for me and I ended up in hostels in Dublin and that’s the way it has been ever since.”

She attends the McVerry Trust drop in centre almost every day.

Currently she’s in bed and breakfast accommodation, but says many nights she has had nowhere to sleep.

“I’ve been offered a sleeping bag. They tell me to find a safe doorway, but I choose to walk around or sit in A&E.”  There are few services for women in emergency accommodation, she adds.

Fr Peter McVerry will be made a Freeman of the City of Dublin on 22 March 2014 together with rugby icon, Brian O’Driscoll.

He feels “ambiguous” about  the award.

“I’m not very supportive of awards. We have an organisation now with 180 staff. They are the ones doing the work. At this stage I’m not quite a figurehead, but moving in that direction fast, so to pick one person out of an organisation is a bit unfair to those who are doing the real work on the ground.”

Having said that he does see the award, which has been made to such impressive personalities as Mother Teresa of Calcutta, John F. Kennedy, Nelson Mandela and Bono, as a means of highlighting the issue of homelessness again, “to try to move the political sphere to address that problem with more commitment”.