Home > News > Concern at 55% rise in homelessness in capital

Concern at 55% rise in homelessness in capital

Dublin’s homeless services are dealing with almost 1,000 children and their families and has seen a 55% increase in number of homeless families since June 2014.

Focus Ireland says these new statistics are significant and highlight failure of Government strategies to provide security for families who are renting their homes.

These latest figures from the Dublin Region Homeless Executive (DRHE) show that in June last year there were 264 families with 567 children in emergency accommodation.

During the last week in March (23-29) just gone there were 411 families in emergency accommodation in Dublin with 911 children.

The figures compare with 371 families with 803 children in emergency accommodation in Dublin the previous month and represent the biggest monthly increase since the family homelessness crisis in the capital began to escalate last year.

The total number of adults and children in family units in emergency accommodation last month was 1,482.

“Until the last three years, family homelessness was relatively limited in Ireland and was mostly associated with a range of other complex social problems,” Focus Ireland commented.

“In the last three years, we have seen the problem escalate and start to impact on families whose primary problem is that they simply cannot afford to pay the escalating rents,” the homeless organisation stated. 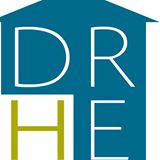 The charity explained that for a lot of these families the key trigger for homelessness is the failure of the Department of Social Protection to increase Rent Supplement in line with rising rents.

“The mass eviction and homelessness of large numbers of workless families is the direct and inevitable consequence of the Department of Social Protections policy,” Focus Ireland claimed.

It expects a Government cabinet subcommittee to discuss the figures next week.

Apart from the enormous monetary cost of B&Bs and hotel rooms, the social cost to the families and to the future of these children is “incalculable” according to the charity.

Mike Allen, Director of Advocacy with Focus Ireland said, “The system is struggling even to provide families a bed for the night, and the conditions they are offered are often very bleak. Often there are no cooking facilities and they are very far away from their schools.”

He added that these conditions would be bad enough if they were only for a night or two but families can be stuck in such accommodation for months or years.

“Focus Ireland strongly supports the Government’s commitment to deliver more social housing, but even if that strategy is delivered in full, we will not see the benefits for two to three years. We need a Government strategy to reduce the rate at which families are becoming homeless and to provide adequate emergency accommodation for those who do,” Focus stated.

It welcomed recent proposals to put pressure on banks so that owner-occupiers who are in mortgage arrears have a greater chance of holding on to their homes, however questioned why similar urgency is not shown for families who rent.

“The fact that we have now reached the appalling milestone of 1,000 homeless children must finally trigger an urgent and effective Government response,” the charity concluded.

In a statement DRHE said that local authority staff are working daily to ensure that families at risk of homeless are accommodated and avoid sleeping rough.

In addition the local authorities are working intensely to support families in a very stressful situation and who may be a risk of losing their tenancy or who have been staying with their family and friends after losing their home.

The local authorities appeal to those renting or who need to discuss tenancy rights to contact the Tenancy Protection Service provided by Threshold on behalf of the four Dublin local councils.