Home > News > More homeless than ever despite recovery

More homeless than ever despite recovery

Lord Mayor calls for a designated Minister for Homelessness and Drug Abuse at launch of Merchant's Quay Ireland’s Annual Review 2013. 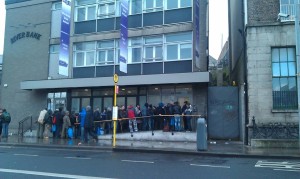 One hundred and fifty people are sleeping rough on the streets of Dublin every night according to Tony Geoghegan, CEO of Merchants Quay Ireland.

Speaking at the launch of Merchants Quay Ireland’s Annual Review 2013 by the Lord Mayor of Dublin, Mr Christy Burke, he said, “While there is much talk of the improving economic situation, these improvements haven’t filtered down to those most in need.”

Tony Geoghegan warned that conversely, as the economy recovers, it has placed increased pressure on the over-priced rental market and is trapping more and more people in homelessness.”

He called on the Government to use the budget to honour its commitment to social justice and to ensure that the benefits of the recovery are targeted to protect the most vulnerable people in Ireland.

The Lord Mayor called for a designated Minister for Homelessness and Drug Abuse, as he said there is no political ambition to tackle homelessness.

The Merchant’s Quay Ireland (MQI) 17th Annual Review highlights continued growth of homelessness and drug use and subsequent hardship and vulnerability experienced by the many men and women in Dublin.

Growth in drug use outside Dublin continued, and MQI’s Midlands Harm Reduction Outreach Service saw 3,264 visits to the service, which is an increase of 34%.

The charity’s needle exchange service in Dublin distributed over 25,000 needles and that is an increase of 16% from 2012.

In total, that involved over 3,260 individuals accessing the needle exchange programme during 2013, and 614 were new service users, an increase of 10%.

Merchant’s Quay Ireland has its origins in the period when the Franciscan Friars at Merchants Quay became conscious of such issues in 1989 and got involved in the Merchants Quay Project offering services to meet the needs of those affected by drug use and HIV.

Martin, one of the clients of MQI, said that he is proof that addiction can affect anyone. After many years of drug abuse by 2012 Martin was in his 40s and as he put it “living like a ghost.”

The staff at Merchants Quay feared he might not make it through the weekend.

With their kindness and expertise at St Francis Farm and a recovery programme tailored to his needs, he was drug free by early 2013.

But it didn’t stop there, MQI helped him with accommodation and an after-care programme.

Martin stated he is now happier and: “part of me can’t forgive myself. But I’m trying to be a better person.”

He hopes that in the future he can help someone in return for all that has been done for him. 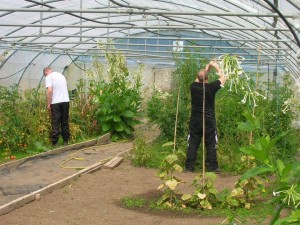 St Francis Farm Residential Rehab is a therapeutic facility with a 14 weeks rehabilitation programme set on a working farm. It is unique in that it is situated in a working farm environment.

“Every day there was something new to be learned whether it was flowers, or seeding, or planting, or digging.”

“If St Francis Farm wasn’t here, I wouldn’t be alive today,” Declan, who is now a drug-free client, said of his experience there.