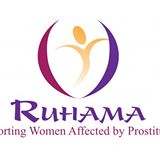 Ruhama has commended Inner City Helping Homeless (ICHH) for refusing a donation from an ‘escort’ website, and is now supporting a bid to help raise the equivalent sum for ICHH.

Ruhama, which helps women in prostitution, stated that the escort website makes hundreds of thousands of euro in profits from the prostitution of women in Ireland. Under what the charity called a “cynical guise of corporate social responsibility”, the escort website encourages sex buyers to post reviews of their experiences with the women advertised on their website in exchange for a €3 donation per review.

“What is really behind the €1,800 donation is up to 600 women who had to sell sex, an indoor sex trade that is heavily controlled by numerous criminal gangs and a ‘review mechanism’ that polices women’s ‘performance’ and can be used by pimps to control women,” stated Ruhama. The charity’s volunteers are well aware of homelessness and how it deprives people of their most basic human rights. They see the vulnerable position women are placed in because of homelessness or the risk of homelessness.

“This vulnerability leads some women into prostitution as a survival mechanism or they feel a limited number of other options were available to them. While there are incredible organisations like ICHH and individuals that provide support and protect those who are vulnerable, there is also a small but significant minority that is willing to exploit them,” stated Ruhama. 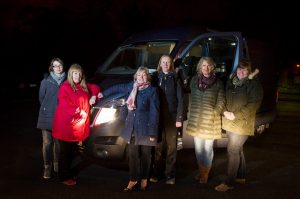 The Ruhama outreach van is on the street four nights a week supporting women in prostitution, and those involved often cross paths with the ICHH street outreach workers, standing in unity with them as they tackle the housing crisis in Ireland with their people-centred approach.

“As a NGO we know €1,800 is a lot of money to turn down so we urge the public to donate to ICHH and support their fantastic work,” stated the charity.

SPACE (Survivors of Prostitution-Abuse Calling for Enlightenment) International also backed ICHH’s rejection of the donation from the Escort Ireland website.

SPACE was formed in Dublin in 2012 by five Irish women who were prostitution survivors and wanted to forgo anonymity to speak out against prostitution in the public arena.

“Their [Escort Ireland’s] ‘fundraising’ of a mere €1,800 is a cynical move to use the horrific and deeply insulting ‘review’ system as a gimmick to appear generous and socially responsible. Encouraging sex buyers to take part in this system in order to donate to charity is beyond offensive,” SPACE stated.

SPACE International’s Rachel Moran was a homeless fifteen-year-old child who was sexually exploited.

“Our members intimately understand the desperation and urgent need for homelessness support and we stand in complete solidarity with the homeless. We are incredibly grateful to ICHH for having the integrity and understanding not to accept this money,” the organisation stated.

The members of SPACE International have called on the public to help raise funds for ICHH, which was initially unaware of the escort site’s so-called fundraising on its behalf. It requested that Escort Ireland remove all links to its name immediately and initiated a review of all donations received.

The escort website has removed the ICHH name and now states that it has raised €1,872 which it has donated to charity.