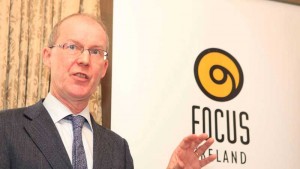 Figures released by Focus Ireland recently show that 83 families became homeless in February and were referred to its family services in Dublin.

Focus Ireland’s Director of Advocacy Mike Allen said, “These numbers clearly show that the family homeless crisis is continuing to deepen with over 200 families becoming homeless in the first two months of 2016 compared to a total of 739 becoming homeless during the whole of last year.”

He added, “It’s not enough for this caretaker Government and the next Government to say they want to tackle homelessness and name check it as a priority. They have to commit to a coherent set of actions required to achieve this urgently.”

“It is important to highlight that while the number of families becoming homeless is shocking, the situation would be much worse without the work Focus Ireland does in supporting families to move out of homelessness into secure housing.”

Speaking specifically about the homeless figures Mike Allen said, “In fact, February saw the highest number of families leaving homelessness during a single month. Focus Ireland supported 36 families to secure a home and move out of homelessness. Three other families using our services secured found housing themselves.”

The 39 families that moved out of homelessness secured the following accommodation.

15 moved to local authority homes, 4 moved to social housing owned by Approved Housing Bodies, 12 moved into private rented accommodation with the support of the Housing Assistance Programme or similar schemes (4 of these were prevention cases that never had to move into emergency accommodation), 4 moved to Supported Accommodation, 3 found alternative accommodation themselves and one exited through Sli.

“It was great to see these families we have been working to support finally find a place to call home. It means so much to them and is so positive for all – especially the children,” Mike Allen commented.

Focus Ireland has said that a programme to tackle the housing and homeless crisis should be at the heart of any new Government, and previously issued a five point plan setting out the key elements which should inform such a programme.

These demands include calling for a cast iron commitment to end family homelessness with a firm target date to achieve this and also a commitment to build 40,000 social homes over the next five years.

Focus Ireland was founded by Sr Stanislaus Kennedy of the Religious Sisters of Charity in 1985.

The figures from Focus Ireland come in a week when the Dublin Region Homeless Executive reports that the overall number of homeless children in the capital has doubled in the last year with 1,616 children in emergency accommodation compared to 803 in 2015.