Focus Ireland has launched a campaign calling for rent supplement to be raised to levels that will allow families in rented accommodation stay in their homes.

The appeal comes as rents, in Dublin in particular, have increased causing the number of homeless people to reach ‘crisis’ levels according to Focus Ireland.

“Since the first of January, in Dublin alone, 119 families have presented to homeless services and many more have been forced to live in unsuitable accommodation with family and friends,” the charity warned.

More than 170 families, including their 300 or more children, are now being accommodated in single hotel rooms across Dublin.

There are concerns that some of them may remain there for several years.

Hotel accommodation costs over €1 million per year, but the cost to children in terms of social damage is immeasurable. They have to move away from extended family, friends and schools.

In Dublin alone, on average more than 30 families become homeless each month.

There are no figures for other parts of the country, but a similar pattern is emerging in many towns and cities, with growing numbers of families forced to stay in unsuitable and insecure settings. Focus Ireland describes the situation as “unprecedented”.

Last week on the occasion of a visit to Focus Ireland housing in St John’s Park, Waterford, by Housing and Homeless Minister, Jan O’Sullivan, the charity reported a rise of over 13% in the number of people using its services in Waterford between 2012 and 2013. (Rising from 465 to 527 people over this year).

Highlighting the housing and homeless crisis, Focus Ireland called on the Minister to work with her Cabinet colleagues to address  the lack of availability of social housing and shortage of private rented accommodation within the rent allowance caps.

According to David Niblock, Waterford Services Manager, “There are simply not enough homes! What we’re typically finding for our customers is that the move on from transitional to affordable and secure accommodation is becoming increasing difficult due to lack of private rented accommodation within the rental limits and indeed the major lack of available social housing.”

At the end of April, Focus Ireland launched an election campaign calling on all local election candidates to pledge not to cut homeless budgets if elected. 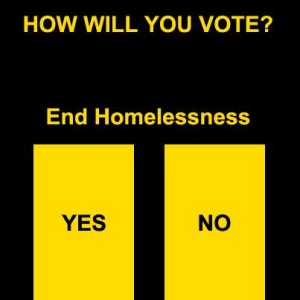 A report by Daft.ie published on Monday showed that the average rent nationwide is now €888, up €69 from the lowest point in 2011.

“This latest Daft.ie report shows that the housing crisis in Dublin is getting worse. The solution is not capping rents, which will limit the supply of new homes, but rather addressing the underlying problems, in particular streamlining the cost of land and of regulation,” Ronan Lyons, economist at TCD and author of the Daft Report, said.

Rents rose in city centres by 6% in the case of Cork and Galway and by less in Limerick and Waterford.

Outside of the cities, rents rose by an average of 4%, whilst the number of properties available for rent is now under 4,000 – down from 11,000 two years ago. Rents rose in every county outside Connacht and Ulster.