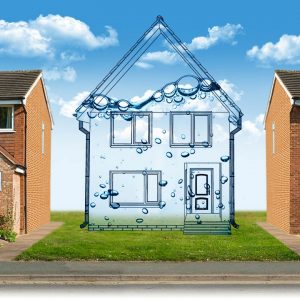 Following the collapse of the government’s plans to introduce water charges, some 990,000 Irish Water customers were due refunds totalling some €173 million, so last December the three homelessness charities asked those receiving the cash windfall if they would like to donate their share towards helping those hundreds of Irish people without a home.

However, while the money is being put to good use – it will be put towards housing projects in Dublin, Limerick and Cork – it is really only a drop in the ocean. Ireland is suffering a major accommodation crisis. In December, when the water charge refund appeal was launched, according to government statistics there were 8,587 homeless people in Ireland. In the space of a month, that grew to 9,104.

Commenting on the 6 per cent increase in the space of just one month, Focus Ireland said that in Dublin one additional child becomes homeless every three-and-a-half hours. Indeed, earlier this month, on International Women’s Day, Focus Ireland pointed out that the homelessness rate among Irish women has increased by 58 per cent in the last two years.

The situation is unlikely to improve anytime soon, unless the government steps in with a major intervention programme. Increasingly, people are becoming homeless because they cannot afford to rent a place to live: the Simon Community pointed out last month that property rental prices are at an all-time high.

The charity said: “Secure social and affordable housing is badly needed to prevent more people from becoming homeless and to ensure that people can leave homelessness behind. The government must redouble efforts to build housing and approved Housing Bodies (AHBs) must be fully resourced and supported to provide as many social and affordable housing units as possible. This needs to happen quickly; people stuck in emergency accommodation and those living on the edge can wait no longer.”

In the meantime, with Ireland suffering more bad weather and freezing temperatures over St Patrick’s weekend, the three charities were stepping up their efforts and providing additional cold weather emergency accommodation to people who otherwise would be sleeping rough on the streets.

If you are in a position to help the homeless by forgoing your water charge refund, you can make a donation to the three charities here.

There are also numerous fundraising initiatives you can support to help. For example, as the pilgrimage season begins, you might like to join in one of the ‘Long Walks Home’ organised to help the Fr Peter McVerry Trust. See here for details.