This is the story of that community at the Heritage Community Garden, Avila Carmelite Centre, Donnybrook, Dublin. 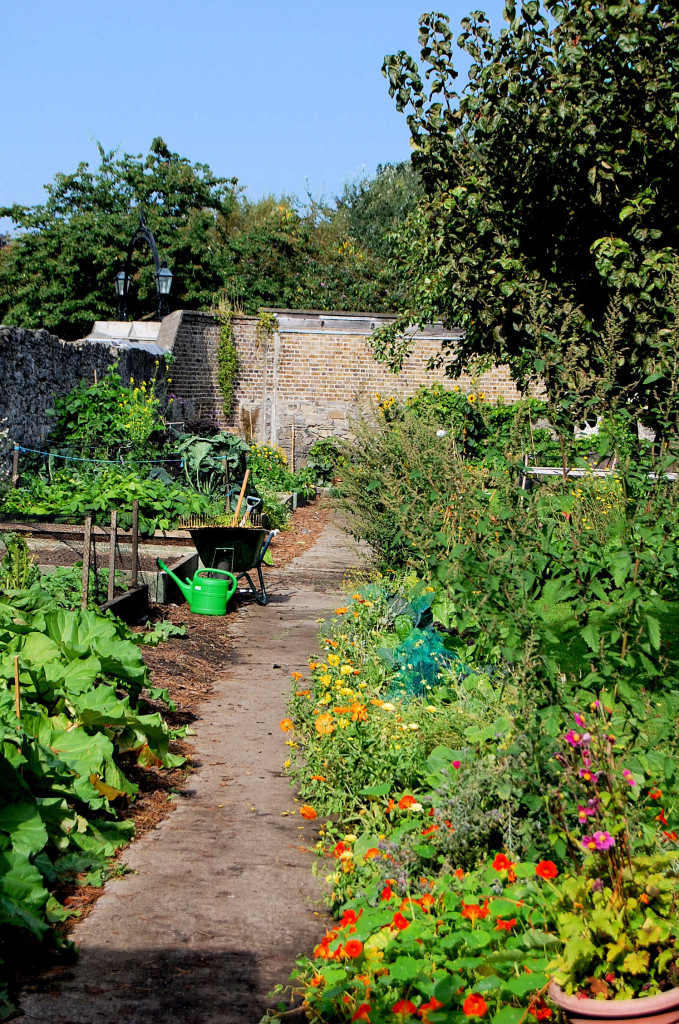 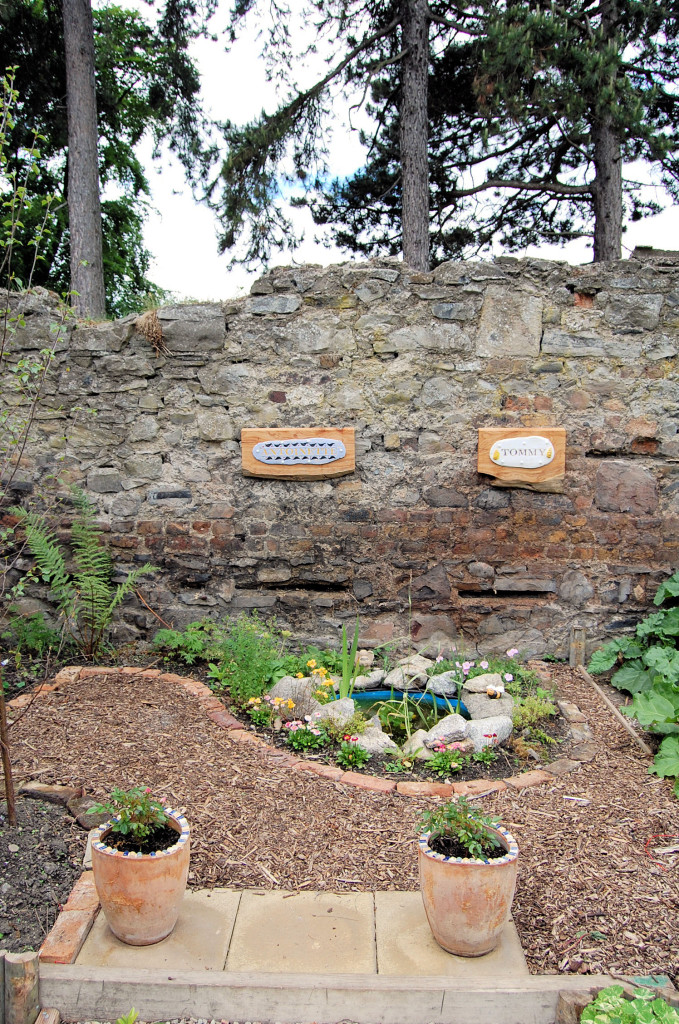 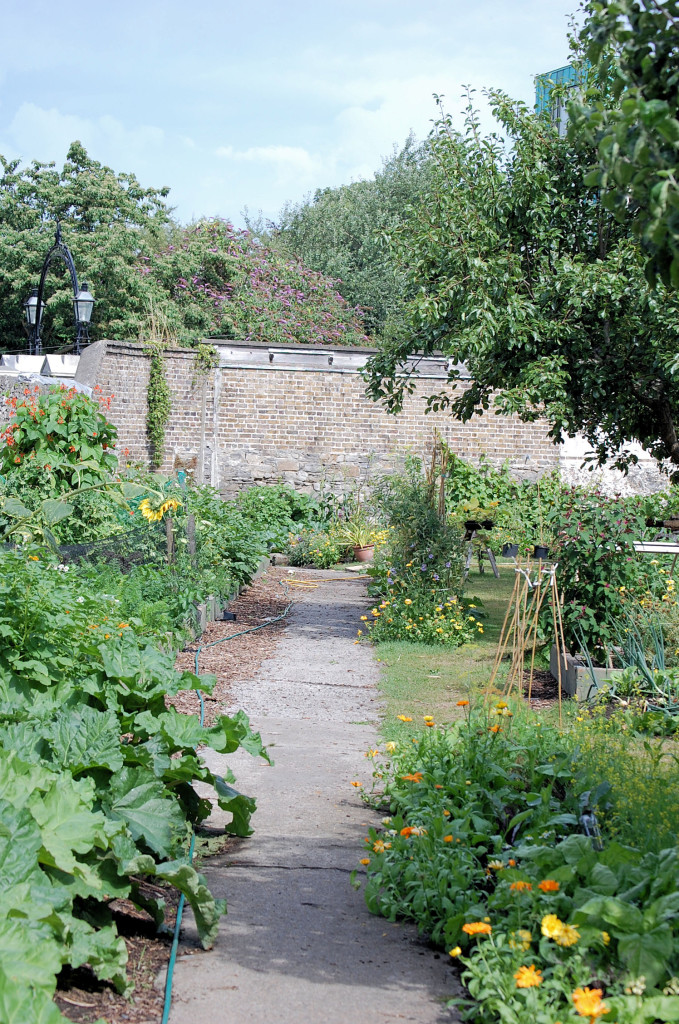 It is now two years since Jacqueline and her team entered the walled garden littered with broken glass of a derelict glasshouse and it is a blooming haven for birds, bees and humans alike.

There are flowers of every hue, fruit and organic vegetables tended by a unique garden group from all over Dublin city and beyond including everyone from mothers and toddlers to retired people.

Jacqueline Kelleher herself trained in horticulture and little patches of green have appeared in areas of Dublin where she has worked. “They haven’t been vandalized either,” she says. 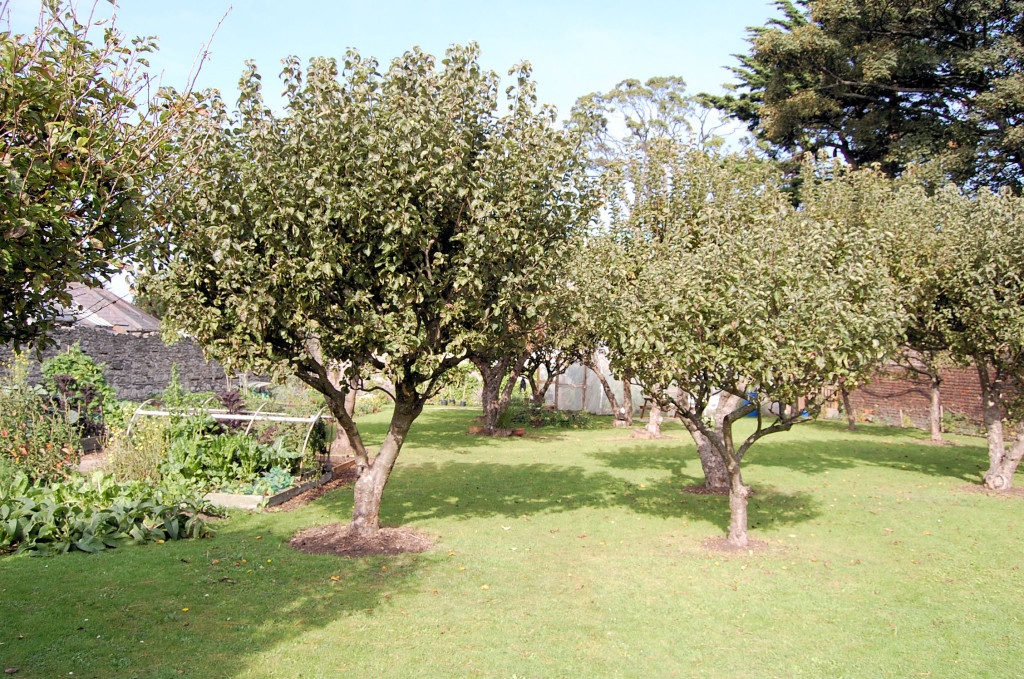 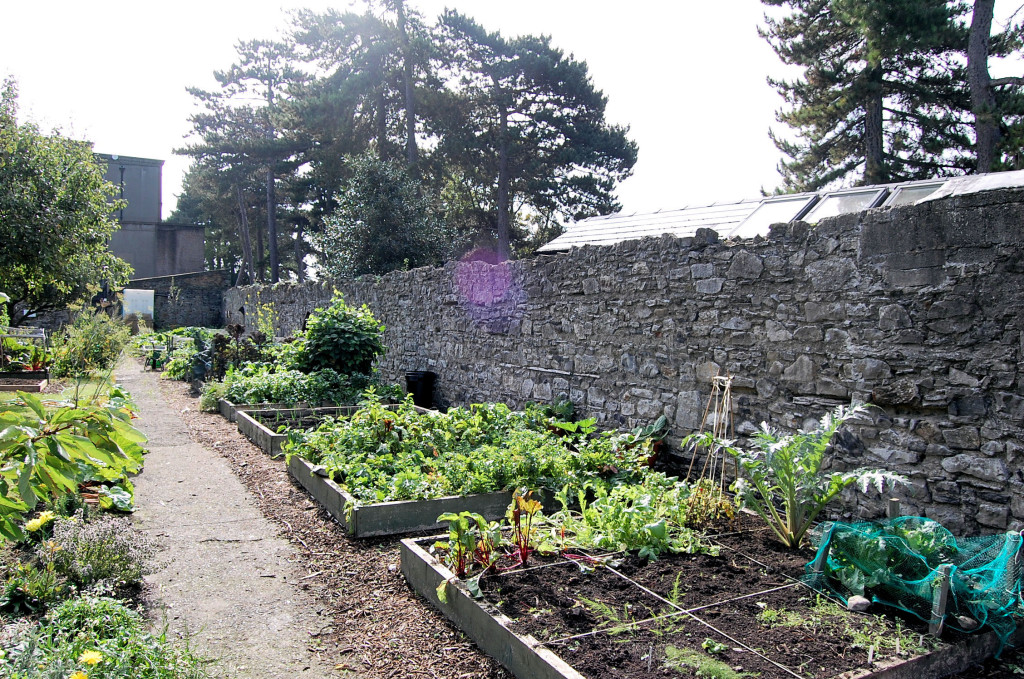 Kevin Corr, horticulturist, and one of the core group involved in the community garden says he is particularly pleased to be able to share his knowledge about various aspects of growing and gardening.

The community garden has extended a hand of friendship to Headway, a group for people with brain injury and offers training and gardening lessons to this and other youth and community groups. 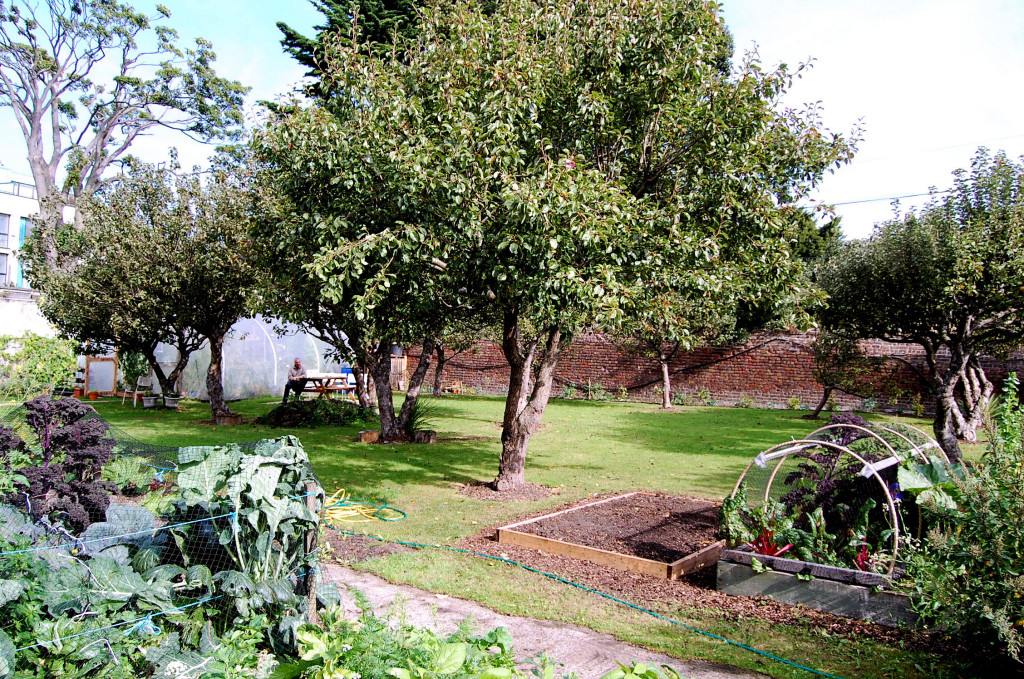 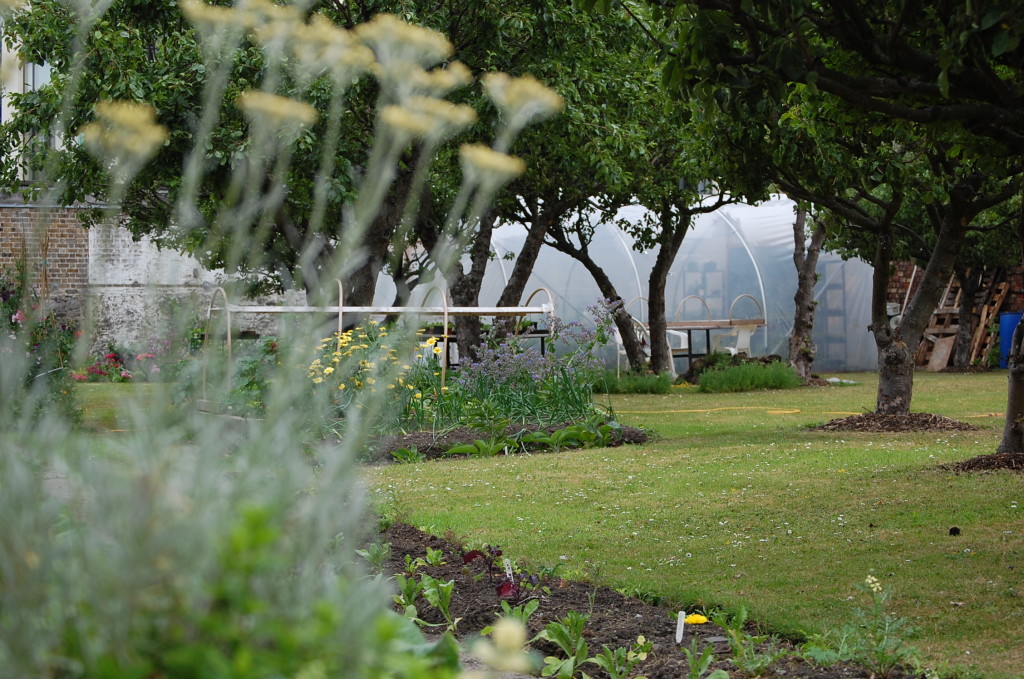 Kevin Farrelly, a volunteer and retired engineer, speaks of his pleasure at being involved in restoring what was a beautiful walled garden in its day. He was up a ladder during the height of winter practising the art of pruning on the traditional old apple trees.

All the fresh vegetables and fruit are shared equally among the garden volunteers who are also encouraged to put what they learn into practice on their own garden be it a patio pot, balcony or a suburban space. 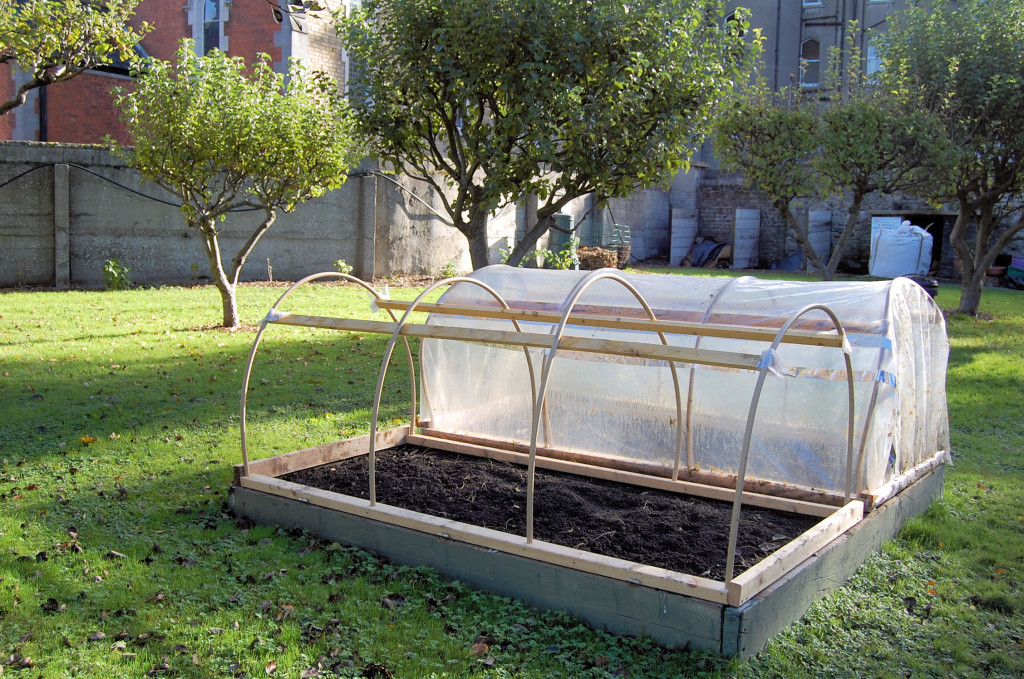 These intrepid volunteers never miss the opportunity to train up on everything from composting to pruning and do not even take a winter break. 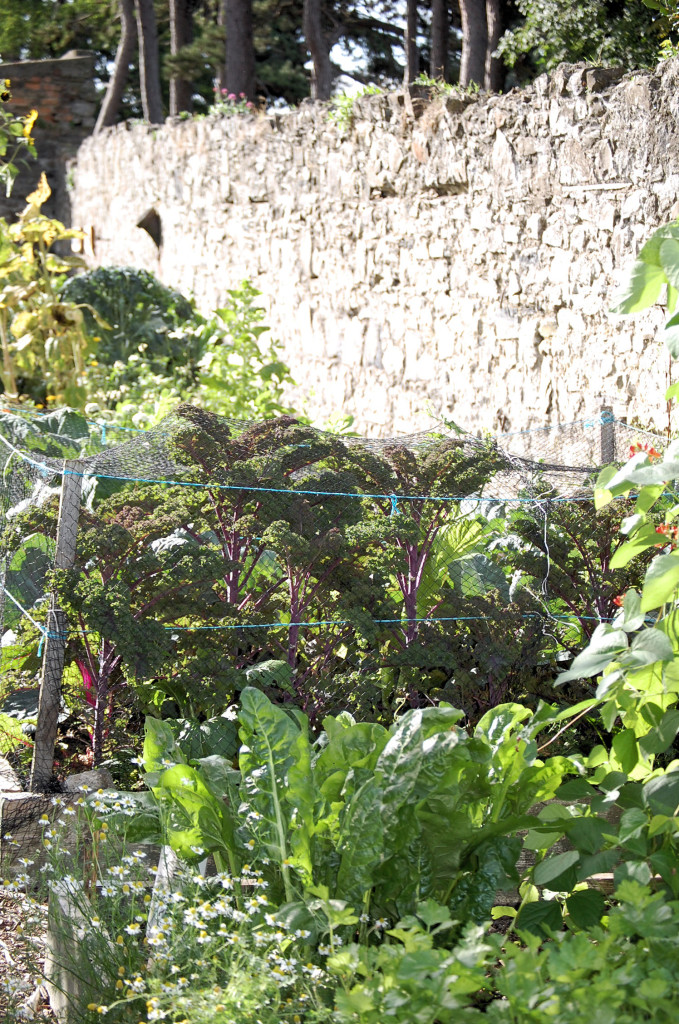 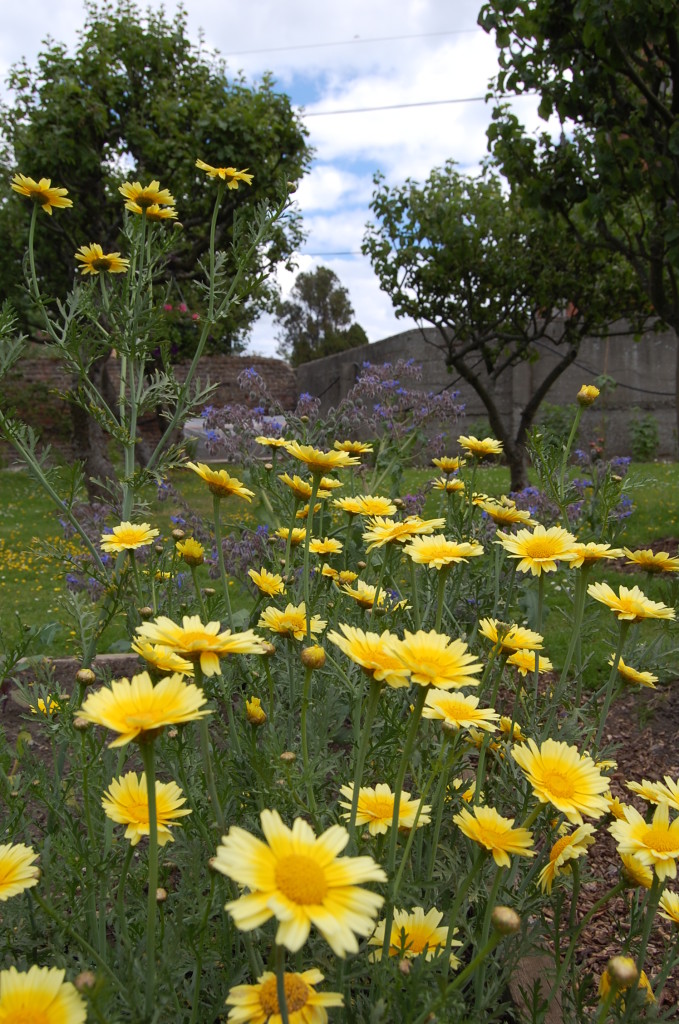 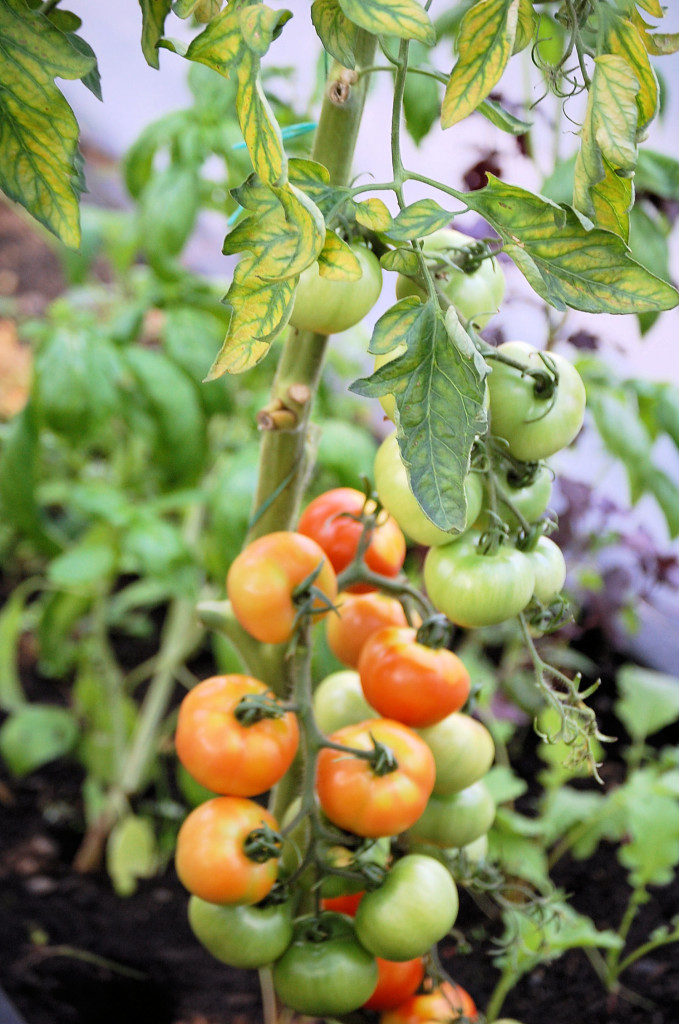 To this end they plan to refurbish an adjacent garage as a garden cafe where food from the garden can be cooked and people in the area can visit for a coffee and a chat.

There are skilled people such as a carpenter and electrician in the group but they need funding and materials to transform the building and create a kitchen.