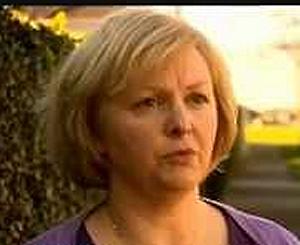 The Assisted Human Reproduction (AHR) industry could commercialise and commodify eggs, sperm, wombs and embryos if the report from the Joint Oireachtas Health Committee is adopted.

It might also lead to what could be seen as “baby buying” after children are born if its recommendations are carried out in full. This is according to the Iona Institute, which stated that no civilised country should go down that route.

Commenting on the committee recommendations, Breda O’Brien, Iona Institute, said: “There are many problematic aspects to the General Scheme of the Assisted Human Reproduction Bill as it stands, not least the assumption that natural ties should not matter to children conceived this way or to surrogate mothers.”

She cautioned that the committee could go even further, stating: “It would permit a woman to hand over a baby that is fully hers, biologically speaking, in return for a fee in some cases, such as in international surrogacy.”

She added that there is a complete lack of debate on the issue in Ireland, and the dominant narrative rarely takes into account the experience of donor-conceived children who object to the practice and who are best placed to understand the pitfalls. “We are sleepwalking to disaster due to the lack of public debate. No civilised country should consider permitting these proposals,” she said.

According to the Iona Institute, one of the worst recommendations is that women could be commissioned by a couple or individual to conceive their own biological children and then hand over those babies at the end of nine months in accordance with a legal agreement. If a couple or individual avails of such a transaction overseas, this might involve a fee, a practice that reduces children to items for purchase.

This is sometimes called “genetic surrogacy”, whereas the usual kind of surrogacy is “gestational surrogacy”, where a woman agrees to be implanted with the fertilised egg of another woman. She is not the genetic mother of this baby, even though she is the birth (gestational) mother.

The General Scheme of the Assisted Human Reproduction Bill proposes the prohibition of genetic surrogacy, but the Health Committee stated that this approach is “too restrictive” and “excludes many people from accessing surrogacy arrangements”. Many European countries ban surrogacy outright and more and more countries in the developing world are banning foreigners from accessing surrogacy. 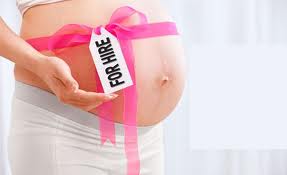 The report by the Joint Oireachtas Health Committee scrutinises the General Scheme of the Assisted Human Reproduction Bill.

The Iona Institute was one of the organisations that made submissions to the committee before its report. One of Iona’s submissions was that those availing of donor-conception, and/or who want to donate gametes (sperm) receive counselling independently of the AHR clinic.

The Iona Institute stated that “the counselling should discuss not only infertility issues, but the identity issues many donor-conceived children will in the future face. Prospective donors should be informed about the possibility that in the future their donor offspring may seek to make contact with them and wish to form a relationship.”

Not only did the committee reject this, but it recommended that any provision for counselling already in the bill be deleted because the decision to avail of AHR treatment is best decided between the clinician and the persons availing of the treatment.

In its executive summary, the committee highlighted that it backed “increasing autonomy” for clinicians and that “in some situations it may be more appropriate for some decisions to be left between patients and their doctors” where guidelines drawn up by a proposed new Human Reproduction Regulatory Authority can assist in achieving “best outcomes”. The summary also states that new technological advancements that impact upon AHR would most appropriately be dealt with by regulation.

The report also recommended that:
– clinicians be given more autonomy with regard to the number of embryos used in each AHR treatment;
– further consideration be given to inconsistencies with regard to male surviving partners, in opposite and same sex couples, accessing posthumous AHR treatment;
– there be further consideration of the proposed time limit for storage of sperm and embryos to allow for a dispensation in the case where children are undergoing cancer treatment;
– Pre-implantation Genetic Diagnosis be included in any public provision/funding of AHR treatment.