Home > Featured > Hallelujah! Going to Mass is good for you, say TCD researchers

Hallelujah! Going to Mass is good for you, say TCD researchers 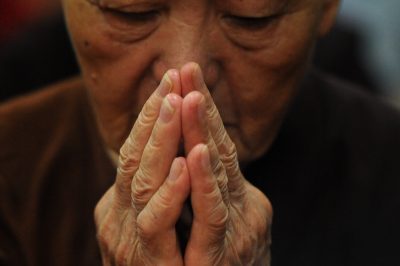 Religious observance is important to most elderly people (Photo: Pixhere)

Going to church regularly is linked to having better mental health, according to a study by the Irish Longitudinal Study on Aging (TILDA) at Trinity College Dublin.

Researchers Joanna Orr and Rose Kearney said that the relationship between being religious and mental health was found to be complex. For example, survey respondents who said that religion was “very important” to them, but who did not attend church very frequently, had worse mental health.

Ms Orr and Ms Kearney said a key factor is that religious attendance is related to having a bigger social network, which in turn has a positive effect on mental health.

“Considering the decline in religious participation, belief and practice in Ireland, it is important to assess how this may affect those who are religious,” said Ms Orr.

“Maintenance of religious practice for those who are religious, as well as the maintenance and bolstering of social networks and social participation for all in this age group emerge as important.”

Ms Kearney added: “The importance of continued social engagement and social participation as we age is well established and has been associated with improved health and well-being and lower mortality. If religious attendance facilitates older people to maintain a larger social circle with continued social engagement, alternative ways to socialise will be necessary as we develop into a more secular society.”

It may be that there are other factors at play. Robert Emmons, professor of psychology at the University of California, has conducted numerous studies demonstrating the positive benefits of expressing and feeling gratitude. Not only does thankfulness lead to better mental health, Mr Emmons argues that it also leads to improved success in forming new relationships with others, enhanced empathy, reduced aggression and an ability to sleep better than those who nurse resentment.