Catholic charities working in the front line against poverty and hunger amidst the COVID crisis are benefiting from a half-a-million euro grant provided by the Albert Gubay Charitable Foundation.

Describing the €500,000 donation as ‘magnanimous’, the Chair of the Council for Finance and General Purposes of the Irish Catholic Bishops’ Conference, Bishop Dermot Farrell of Ossory, said he wished to express the bishops’ deep gratitude and indebtedness to the foundation.

Once the donation was received, Irish Catholic charities were invited to apply for grants and monies were distributed as following:

€360,000 to Crosscare, the social services arm of the Dublin Archdiocese; €70,000 to the  Society of St Vincent de Paul, €50,000 to  parishes in Dundalk and on the Cooley Peninsula, €10,400 to the Little Flower Penny Dinners meals-on-wheels service in Dublin’s inner-city and €9,600 for the Irish Council for Prisoners Overseas.

Crosscare chief executive Conor Hickey said: “The current pandemic brought with it a huge surge in demand from people who were already struggling but now found themselves in desperate circumstances. The donation from the Gubay Foundation has allowed Crosscare to establish an emergency food provision centre in north Dublin where we were able to distribute thousands of food parcels to those most in need and to provide crisis support for particularly vulnerable people.”

In Dundalk, Fr Mark O’Hagan said: “The Albert Gubay Charitable Foundation has secured the future of the soup kitchen/food parcels which today, more than ever, meets a growing need within our community.”

Ruth Harkness, of The Little Flower Penny Dinners in Dublin, expressed similar sentiments: “Our mission is to feed the needy. The Albert Gubay Charitable Foundation grant enabled us to continue to bring food to those living on the margins.  In most cases our charity provided the only human contact that clients experienced during the pandemic as they were required to self-isolate or cocoon and so were particularly vulnerable. The grant has been invaluable to us.”

The charitable foundation was established in 2010 by Welsh-born Albert Gubay, who became a multi-millionaire through the establishment, and sale, of major supermarket  chains, including 3 Guys in Ireland and Kwik Save in the UK. He also established supermarkets in New Zealand and the United States and he also established the Total Fitness chain of gyms. Additionally, through one of his companies, the Derwent Group, he invested shrewdly in the property market.

The son of a father who was an Iraqi Jew and a mother who was an Irish Catholic, Gubay famously made a private pact with God when he was a penniless young man – he said that if he succeeded in his dream of becoming a millionaire, he would give half of his estate to the Catholic Church.

In actual fact, in 2010 at the age of 82, he transferred UK£470m of his UK£480m personal fortune to the charitable trust named after him. Previously he had funded an extension to the Church of Our Lady of the Nativity in Lexlip, county, Kildare, his mother’s home parish, and sponsored the building of a new church, St Anthony’s in Onchan on the Isle of Man. 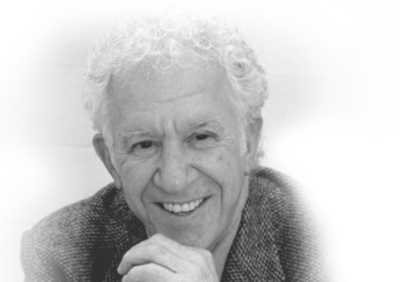 Since the Albert Gubay Charitable Foundation was established it has regularly funded good causes. In June this year, for example, Cardinal Vin Nichols, Archbishop of Westminster announced that the foundation donated one million pounds sterling to the Catholic Church in England and Wales to help fund charitable activities aimed at relieving poverty and hardship exacerbated by the COVID pandemic.

Throughout his life, Albert Gubay led a modest lifestyle and he eschewed the trappings of the rich. In 2011, he was made a Knight Commander with Star of the Order of St Gregory the Great, a Papal honour awarded for his ‘conspicuous service to the Church and society’. He died in 2016 at the age of 87.

“The Albert Gubay Charitable Foundation`s very generous donation of €500,000 has been especially helpful at this time as we face the fastest and deepest contraction in our economic history,” said Bishop Farrell.

“As Christians we are called to strive to be more than just charitable. We are also obliged to build a more just and equitable world, a common home, a place of welcome and dignity for all. We cannot be indifferent to the poor, those who do not have enough to eat. Day in day out, the Christian, like Jesus, must firmly be on the side of the voiceless and oppressed. In this regard Albert Gubay led by example.”