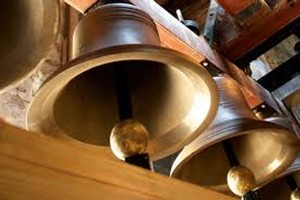 Ahead of Friday prayers and for the first time since 1934, when Hagia Sophia in Istanbul was converted into a museum, three imams were named by Turkey’s religious authority on Thursday to lead prayers at the iconic former Orthodox Christian cathedral.

Meanwhile, bells are set to toll in mourning in Greece and in the Greek Orthodox Church of America for Hagia Sophia today.

Archbishop Ieronymos of Athens and All Greece designated Friday 24 July as a day of mourning for Christians and Greeks.

Archbishop Ieronymos also hit out at the world’s powers, saying he was “deeply grieved” by their silence on Turkish President Recep Tayyip Erdogan’s decision to convert Hagia Sophia into a mosque.

The head of the Orthodox Church of Greece warned that “with this attitude they are tolerating or essentially accepting, in contravention of all sense of international legality, an unholy act of sacrilege of not just a holy spiritual centre for our Orthodox faith, of Christianity in general, and of a symbol of our faith but of an ecumenical cultural monument and symbol of the mutual rapprochement of peoples and human beings, of people with different religious identities.”

On 11th July, the interim general secretary of the World Council of Churches (WCC) Rev Professor Dr Ioan Sauca sent a letter to the Turkish president expressing “grief and dismay” over his move in relation to Hagia Sophia and noting that since 1934 it had been “a place of openness, encounter and inspiration for people from all nations and religions.”

The letter generated support from some Muslim leaders.

Judge Mohamad Abdel Salam, general secretary of the Higher Committee of Human Fraternity (HCHF), a special adviser of the Grand Imam of al Azhar Cheikh Ahmad al Tayeb, and special adviser of the Muslim Council of Elders said in a letter, “In recognition of the cultural and spiritual value of Hagia Sophia for humanity all over the world, we support your call to avoid divisions and to promote mutual respect and understanding among all religions…”

The statement stressed that places of worship must always remain a message of peace and love for all believers.

Hafid Ouardiri, director of the Muslim Foundation de l’Entre-Connaissance in Geneva, founding member and vice-president of the Interreligious Platform of Geneva, wrote in a letter to the WCC: “I would like to express my full support for the letter addressed to the President of Turkey, Mr Recep Tayyep Erdogan, by Rev Prof Dr Ioan Sauca, interim general secretary of the World Council of Churches in Geneva, about the conversion of Hagia Sofia into a mosque when it was a museum symbol of respect for beliefs and an example for peace…”

“As a Muslim, like many others around the world, we pray that Hagia Sofia, in Turkey we love with all our heart, remains what she has always been since 1934, namely a crossroads of knowledge, of light, wisdom and peace for all humanity.”

Turkish President Recep Tayyip Erdogan declared that the nearly 1,500-year-old structure would function as a mosque again after a Turkish court ruled the building’s earlier conversion into a museum was illegal.

The sixth century UNESCO-listed site was initially an Orthodox Christian cathedral that became a mosque following the Ottoman conquest of Istanbul in 1453. It was made into a museum in 1934 by modern Turkey’s founding statesmen, Mustafa Kemal Ataturk.

Following President Erdogan’s decree, Pope Francis said he was “very pained,” by the move while Greece’s culture ministry described the decision as an “open provocation” to the civilised world.

In his letter to the Turkish president, Rev Professor Dr Ioan Sauca of the World Council of Churches wrote: “Today, however, I am obliged to convey to you the grief and dismay of the World Council of Churches – and of its 350 member churches in more than 110 countries, representing more than half a billion Christians around the world – at the step you have just taken.”

“By deciding to convert the Hagia Sophia back to a mosque you have reversed that positive sign of Turkey’s openness and changed it to a sign of exclusion and division. Regrettably, this decision has also been taken without prior notice or discussion with UNESCO regarding the impact of this decision on Hagia Sophia’s universal value recognized under the World Heritage Convention.”

He said the WCC joined with His All-Holiness Ecumenical Patriarch Bartholomew in expressing their fervent hope and prayer that Hagia Sophia “will not become once again a focus of confrontation and conflict, but will be restored to the emblematic unifying role that it has served since 1934.”

The apostolic vicar of Anatolia, Bishop Paolo Bizetti said the move by President Erdogan came as no surprise for Christians in Turkey, since it was “consistent with a long-declared political and religious vision. Most Westerners seem completely unaware of realities here”.

The apostolic vicar of Anatolia told Italy’s Il Tempo that other churches had also been turned into mosques in Istanbul and Trabzon, and he stressed that no “legitimate reciprocity” had been demanded for Muslim freedom of worship in the European Union, which might ensure “legal recognition and equal opportunities” for Christians in Turkey.