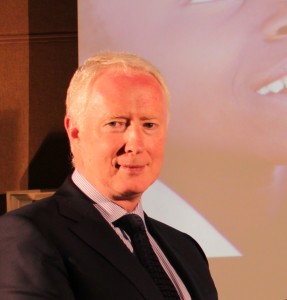 Catholic Aid agency Trócaire has welcomed the new EU guidelines on the correct labelling of imported goods from illegal Israeli settlements in the Occupied Palestinian Territories.

The new guidelines will provide EU member states with legal guidance as to the placement of consumer labels on these products, which up to now would have been labelled as ‘made in Israel’.

Most Irish retailers stock fresh Israeli produce but currently because of non-specific labelling it is difficult to determine whether the produce originates in Israel or the settlements.

It is highly likely that some of the dates, oranges, grapes, herbs, avocados, peppers, potatoes and other fresh produce on sale in Ireland originate from the settlements.

Trócaire is now calling on the Irish Government to implement these guidelines as soon as possible, and to encourage the private sector in Ireland to adhere to these guidelines.

Speaking to Catholicireland.net, Trócaire Executive Director Éamonn Meehan said, “The introduction of these measures come during a time of heightened tension and escalation of violence in Israel and the Occupied Palestinian Territories.”

“The ongoing expansion of the settlements in Occupied Palestinian Territories violates international law and is an obstacle to peace. Given the extraordinary human rights abuses being carried out in the West Bank, it is simply astonishing that we are trading with illegal Israeli settlements at all.”

“This trade is making the settlements economically viable and enhancing their permanency, completely contradicting the EU’s policy of opposing these settlements, which are illegal and an obstacle to peace.”

Trócaire has also called for a complete EU ban on goods imported from illegal Israeli settlements.

It is hoped these labelling guidelines will be a first step towards the EU and Ireland taking stronger measures in order to put pressure on Israel to halt settlement expansion.

Going forward Mr Meehan said, “I welcome the introduction of these labelling guidelines as an important step in the right direction, and particularly the role of the Irish government in pushing for their introduction.”

“However the grave violations of human rights should not be treated solely as a matter of consumer choice. It is up to Ireland and other EU members to build on these guidelines and to push further for an EU trade ban on products from illegal Israeli settlements.”