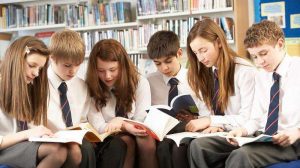 The Vincentian Partnership for Social Justice has called for more support for older children from the State.

It costs an average of €122 per week to provide a minimum socially acceptable standard of living for an older child.

That is €47 more per week than for a younger primary school child according to the Vincentian Partnership for Social Justice (VPSJ).

“The social welfare system should recognise the additional needs of older children and provide a higher rate of support,” Dr Bernadette Mac Mahon, director of the VPSJ, said.

The VPSJ has called on the Minister for Employment Affairs and Social Protection to increase the weekly rate of support for children (aged 12 and over) in welfare dependent households (the Qualified Child Increase) by an extra €5 per week in Budget 2019.

“The process of meeting the additional needs of older children should begin next year. Raising supports to an adequate level can be progressively realised over several budgets,” stated Dr Mac Mahon.

Social welfare supports (Child Benefit, Qualified Child Increase and Back to School Allowance) meet 89% of a younger child’s minimum needs, but supports for older children meet just 56% of the cost of a socially acceptable minimum standard of living.

Government statistics show that children make up over a third of people living in *consistent poverty.

Analysis by the Department of Social Protection has found that older children are more likely to be in consistent poverty than those in younger age-groups.

Separately this week, the managers of Ireland’s 1,200 Catholic primary schools, represented by the Catholic Primary School Managers’ Association (CPSMA) called for capitation to be restored to €200 annually per child.

The capitation grant, which was cut during the recession (by 15% since 2010), covers 52% of the overall cost of running a school, according to the CPSMA and parents spent at least €46m to make up for the shortfall.

Child charity Barnardos has supported the call from CPSMA for restoration of capitation grants to schools.

Through its annual school costs survey the charity finds that parents are stressed, annoyed, and over-burdened by so-called ‘voluntary contributions’ to schools and parents postpone paying bills, cut back on daily expenses or even go into debt to cover these costs.

“Free education is a myth. We know schools face significant shortfalls due to the drop in capitation rates over the last decade and they in turn are forced to pass this shortfall onto parents to fulfil. The request for voluntary contributions remains a constant feature as does expecting parents to pay for all classroom resources and art supplies,” said June Tinsley, Head of Advocacy at Barnardos.

“Our 2017 survey saw a drop in the number of parents being asking for voluntary contributions but there was an increase in requests for classroom resource contributions – 83% of primary school parents surveyed reported paying resource fees to cover things like photocopying costs, art materials etc.”

According to Barnardos, for an additional €103.2m annually the Government could fulfill every child’s constitutional right to a free primary education.

*consistent poverty = those who cannot afford at least two of the eleven deprivation indicators such as owning two pairs of shoes, a warm waterproof coat; or eating a meat/vegetarian equivalent every second day; and have sufficient heat in the home.