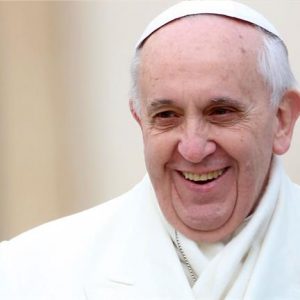 What was supposed to have been an ecumenical celebration in Georgia at the weekend turned into a stark reminder of how far we have to travel on the road to Church unity, when only a few thousand turned up to a Papal Mass in Tbilisi on Saturday.

Pope Francis faced a near empty football stadium after the Orthodox Church asked its adherents to stay away from the event. In a further blow, an official delegation of the Georgian Orthodox Church also failed to appear. The venue has a capacity of 25,000, but only about 3,000 people attended the Mass.

Pope Francis’s visit was aimed at improving relations with the Orthodox Church, a mission that was given fresh impetus during the papacy of Pope John Paul II. The great schism between the Orthodox and the Roman Catholic churches dates back to 1054, and there is still hostility towards the Roman Catholic Church in many parts of Eastern Europe – for example, all attempts at a papal visit to Russia have been denied.

Georgia, which has a population of 4.3 million, is seen as ‘more Western’ than its Russian neighbour – the country is applying to join NATO. But the Georgian Orthodox Church is seen as being particularly conservative, with some members picketing all the venues that Pope Francis visited during his trip this weekend. Only one per cent of Georgia’s population is Roman Catholic.

On Sunday, Pope Francis travelled to Azerbaijan, a predominantly Muslim country with a Catholic population of fewer than 300 people.

If Pope Francis were to visit his native country of Argentina, he would undoubtedly get a warmer welcome, but this weekend he told the people of Argentina that sadly he would not be able to visit them in 2017.