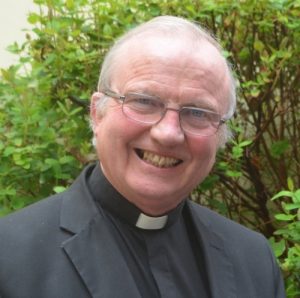 Young people are growing up in a very dangerous world, so it is not surprising that they seek the truth in Knock, Bishop Donal McKeown has stated at the Derry Diocesan Pilgrimage to Knock.

Referring to their widespread mistrust of all institutions including the Church, and problems with addiction, mental illness and suicide, the Bishop said: “It is not surprising that, each weekend, great numbers still come here to Knock at this time of widespread crisis at many levels of society.”

During last weekend more than 1000 teenagers visited Knock to celebrate the Pope John Paul II Awards. Bishop McKeown said: “These were idealistic young people who are hungering for a truth that will help them make sense of their lives. But there is widespread fear among young people about the sort of climate that they will have to live in as they grow older. Politics seems unable to deliver a just society where at least a home is available for everyone,” he said.

He added that Knock is a great place of prayer and a key beating heart for renewal in the Irish Church. “We seek only to be used by God to combat the violence and gloom that is killing so many of our young people. Our institutional strength is often our weakness for it can lead to blindness and pride. Our weakness helps us to remember that God is in charge of the Church’s mission.”

He also spoke of the Extraordinary Month of Mission. He recalled the generations of Irish who went around the world to proclaim the Gospel in word and deed, bringing education, medical care and a message of hope. But while our Irish contribution to the world is celebrated in so many places we seem to have lost much of the belief that we have something to offer, he said.

“We are asked to believe that we have little to offer the world but music and drink. That makes us delightful but harmless. But a healthy sense of local and national identity believes that we have resources to deal with complex issues in our way.

“It is cultural subservience to believe that only somebody else knows better – and that we are just stupid and backward. If all we have to say to the world is ‘sorry for being so bad and backward’, then we will never be missionary. An Irish Church that believes it has nothing to offer is mortally impoverished. Becoming missionary again means seeing through much of what contemporary culture views as unquestioned success,” he said.

Referring to the gospels in recent days he said that being missionary to “our own generation” does not mean whining self-righteously or angrily about the faults of others nor dreaming of returning to a different age.

He said that Pope John Paul II told people in Ireland 40 years ago that every new generation is like a new continent to be conquered for Christ. “As a national Church [we] have failed to conquer the hearts of this new generation with Good News and instead so many are languishing in hopelessness. That absence of meaning and hope in the lives of so many is wreaking havoc. Too many of those who are dying too young are regarded more and more as insignificant people. It is like society is saying: ‘we shouldn’t worry about them, or indeed ask awkward questions about those who benefit from the current system. They are dispensable. The market knows best.’” 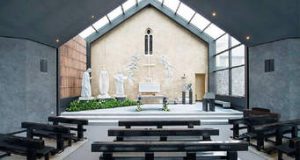 The bishop invited those present to face into the Extraordinary Month of Mission by speaking a prophetic word to society, not merely attacking its values but firmly calling it to “something better than lonely individualism and unsustainable consumerism”.

He concluded that our parishes and communities should aim to model a different way of being human.