Home > News > Govt urged to do more for those in prostitution

Govt urged to do more for those in prostitution 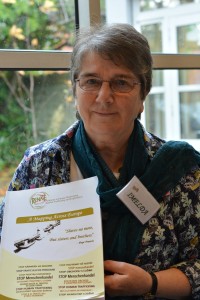 Sr Imelda Poole, President of RENATE (Religious in Europe against Trafficking and Exploitation).

An international network of nuns working to combat human trafficking and sexual exploitation has called on the Government to do more to fund exit programmes for women trapped in prostitution.

At a meeting in Dublin recently, board members of RENATE (Religious in Europe against Trafficking and Exploitation) discussed their response to the refugee crisis and the challenges it presents to children and adults vulnerable to trafficking.

The board members also discussed new research published in the report ‘A Mapping Across Europe’ which will form the basis of a discussion on future strategy and bring about a blueprint for the way forward for the organisation.

Irish board member of RENATE, Sr Eilís Coe called on the Government to restore funding to Ruhama, an NGO which helps women in prostitution.

“One of the things we need for women in prostitution is an exit strategy, it is no good asking a woman to come out of prostitution if there isn’t something she can be offered instead so as to earn a living.” 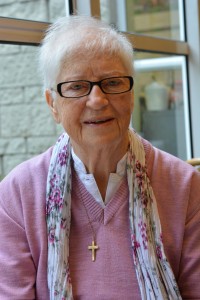 She warned that some women waiting for years for a decision on their asylum application in direct provision are supplementing the €19 a week they get through prostitution.

“By putting them in those centres, the Government has given them an incentive to go out and supplement their €19 by prostituting themselves in Ireland. They have to be helped. The Government must provide a level of maintenance for women so that they are not forced to do this,” Sr Eilís Coe said.

Sr Coe said that Act to Prevent Trafficking (APT) in Ireland would be seeking a meeting with Amnesty and she accused the organisation of “contradicting their very foundational belief” in the dignity of every person and their human rights.

She warned that thousands of children are lost through the current massive movement of people. One 14 year old boy and his mother who ended up in Northern Ireland approached a nun there. They had fled Albania as pressure on them increased to radicalise for Syria.

Recalling her recent visit to a refugee camp in the Albanian capital Tirana, she said she had met five Iraqi women there.

“They were not in fact Iraqi, they were actually Iranian but they had fled to Iraq from Iran after the collapse of the Shah. These families have been on the move – suddenly they are targeted in Iraq and so they had to flee from Iraq with their children and their children’s children.”

“Two of their children had been separated from them and were somewhere in an asylum camp in Germany… One of the children of these women wanted to give me information so that we, through RENATE, could try to track down the two children because we work with refugee church service in Germany.”

“The movement of migrants or refugees is impacting all of us. There are thousands of children lost through this movement of people. Tracing is very important,” Sr Poole emphasised.

DNA identification, she explained, had been used in Haiti when traffickers sought to exploit the insecurity and chaos following the earthquake to traffic orphaned children.

Thanks DNA identification, busloads of children who were taken out of the country in the post-earthquake mayhem and were trafficked to Columbia for paid adoption, were all tracked down and reunited with their families in Haiti bar six.

“There now needs to be some kind of global project on DNA. The traffickers are using high tech in their clandestine criminal behaviour, so those working against trafficking have got to get their act more together and use high tech to beat the traffickers,” she stated.

The IBVM Sister said there was a need for closer cooperation through networking and the development of a hub through which all the anti-trafficking networks could access resources.

“It has the highest illegal economy now. It used to be weapons – we’ve usurped drugs. Billions is being gained by the traffickers – it is a very urgent matter.”