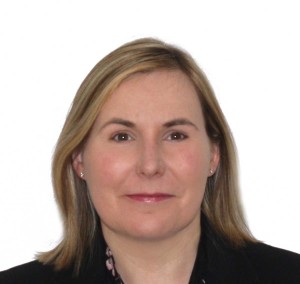 Ireland’s reopened embassy to the Vatican will be headed up by a woman the Department of Foreign Affairs confirmed on Tuesday.

In a statement, the Department announced that seasoned diplomat, Emma Madigan, would become the country’s first female ambassador to the Holy See.

The decision was agreed by the Cabinet on Tuesday.

She has also served as Vice Consul in New York, and as Private Secretary to the Secretary General, and Deputy Director of Europe and UN Coordination Section.

The high profile diplomat was heavily involved in last month’s State Visit by President Higgins to the UK.

She is married to a fellow diplomat and they have one child.

Ms Madigan has a degree in History and Italian and a Masters in European Studies from UCD.

She will head up a scaled down delegation compared to that operated prior to the closure of the mission in 2011. It will comprise just one diplomat, the Ambassador herself.

A spokesperson for the Department of Foreign Affairs confirmed that the new ambassador would take up her role in the autumn.

“We plan to open the embassy this autumn in modest rented accommodation, if possible, nearer to the Vatican,” she said.

In November 2011, the Government announced it was shutting one of country’s oldest missions, ostensibly for financial reasons.

Tanaiste, Eamon Gilmore, said at the time that the embassy yielded no economic return and that Ireland’s interests could be sufficiently represented by a non-resident ambassador.

The appointment of an Ambassador dedicated solely to affairs between the state and the Vatican, as well as the decision to re-open the embassy and the Taoiseach’s invitation to Pope Francis to visit Ireland, are all signs of the improving relations between the two states.

Emma Madigan was one of 36 new ambassadors, including 12 women, announced by the Government on Tuesday.

This brings the total number of Irish ambassadors serving abroad to 80.