Amnesty International Ireland has called on the Irish Government to take an “historic step” and place people’s rights at the heart of decision making.

“Recent months have seen increasing public and political debate about how policy failures in areas such as health and housing have affected people across Ireland. Every day we hear about flawed decision-making processes, and concerns about how resources are allocated and shared. How those in greatest need are sometimes not prioritised,” said Colm O’Gorman, Executive Director of Amnesty International Ireland.

He was speaking at the launch of an Amnesty International Ireland report about acting on the government-appointed Constitutional Convention call for economic, social and cultural (ESC) rights. Back in February the Convention decided that the limited protection of ESC rights in the Irish Constitution is inadequate.

This is the midway point between when the recommendations were made and when the Government is due to respond (end of July), so Amnesty International Ireland launched its report, Bringing ESC Rights Home: The case for legal protection of economic, social and cultural rights in Ireland. The report sets out how the legal protection of ESC rights can be strengthened in Ireland.

“As Ireland exits its bailout and some tentative signs of economic recovery emerge, Ireland has yet to address a number of issues of grave public concern. This includes the a widely held belief that government decisions are made to balance the books whatever the impact on sections of society, to protect those vested interests able to shout loudest, to focus on the economy – and the economy alone – at any cost,” said Colm O’Gorman.

“The Government now has a chance to create the kind of fundamental reform which would place people, and their rights, at the heart of its decision-making in the Constitution.”

Amnesty is just one of many agencies that have called for change in recent times. Following election results which did not favour political parties already in power, charities and social justice groups have called on Irish and European governments to change tack and put people not economies first. 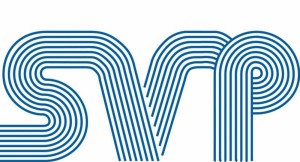 The Society of Saint Vincent De Paul (SVP) has long been a critic of the serious anomalies and inconsistencies associated with the Medical Card Scheme. In a statement on its website it said:

“Yesterday’s policy reversal to stop reviewing and removing medical cards from people with serious medical conditions is very welcome but shows a system unable to do the basics – look after human beings. SVP wants more than another faltering step to fix a self inflicted problem. We want a health care system based on fairness that is transparent and efficient. We want a health care system that offers equal treatment for equal need in a timely way.”

Social Justice Ireland (SJI) has stated that the European and local elections have shown that many people are profoundly unhappy with the current situation.

“Those who were elected in the recent elections need to recognise that development of a fairer future across the EU in general and in Ireland in particular will be possible only when priority is given to the common good. Futures based on the primacy of the market are not likely to be just or fair,” SJI stated.

“Of course the market is important and an efficient market is crucial for development of the Union and the country. But there is far more to progress than getting the market right. A balance is required between the various aspects of life if the well-being of this and future generations is to be secured.”