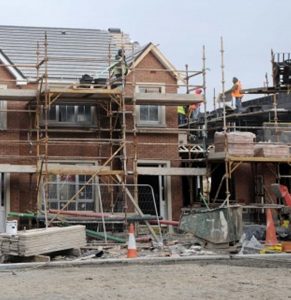 A government plan to tackle the housing and  homelessness crisis launched yesterday, has been broadly welcomed by agencies working with the homeless and underprivileged, but with reservations.

Entitled ‘Rebuilding Ireland’ the plan promises to deliver 47,000 new social houses over the next six years as well as targeting an annual overall build of 25,000 units per year.  The 114 page document targets homelessness and aims to ensure that by this time next year families use hotel for emergency accomodation only in limited circumstances.

The plan is set out in five ‘pillars’.  Addressing homelessness, it promises the fazing out of hotel accomodation. Housing needs will be met through the Housing Assistance Payment and general housing allocations.  The Rapid Build Housing programme will deliver 1,500 units and a Housing Agency Initiative will acquire 1,500 vacant houses. It also promises “enhanced supports” for homeless families with children and for people with addictions and mental health problems. The plan promises financial and legal advice for people facing serious mortgage arrears.

On the plans for increasing the number of social housing, the report promises 47,000 social housing units by 2021, supported by investment of €5.35 billion through a variety of means including mixed tenure developments on state lands and a new  Housing Delivery Office and Housing Procurement Unit.

Noting that 72 families became homeless in Dublin last month, Focus Ireland said it was positive that the plan provided direction but “the litmus test will be when we see roofs over people’s heads – be this through bricks and mortar by building social housing or by taking the urgent steps required to provide a better private rented sector.”

“It will need a lot more work to tie down many of the commitments and ensure that this time they will happen,” Mike Allen, Focus Ireland Director of Advocacy told CatholicIreland. “Focus Ireland is committed to working with the new Government to deliver these practical elements and delivering the core objectives of the plan,” he added.

Focus Ireland said the “particularly welcome” elements in the plan were

But it said many of the commitments were “unclear, with no timescale or finances named”. It also expressed concerns about the proposals on Family Homelessness. “The section on family homelessness falls far short of  what is required to respond to the ever deepening crisis in this area. It is unclear whether the programme action to move families who are homeless out of hotels and into rapid build housing is seen as provision of more suitable emergency accommodation or whether these units could be their final home,” Roughan Mac Namara from Focus Ireland told CatholicIreland.   “The timescale for delivering the rapid build housing (approx. 600 units by mid 2017) and vacant private units (Housing Re-use Strategy not due until mid-2017) are hard to reconcile with the objective of ending the use of hotels by mid-2017,” he added.

Jim Walsh from the Society of St Vincent de Paul (SVP) said that the Society’s initial view was that the  greater involvement by the State in providing social housing was to be welcomed.

The proposal to have 47,000 units built by local authorities is more ambitious than the 35,000 units in Social Housing 2020 strategy, he noted.  “Early wins on the delivery of social housing supply are necessary in order to meet the needs of families already in inappropriate emergency accommodation for extended periods of time,” Mr Walsh told CatholicIreland.