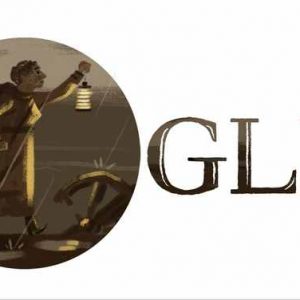 A Catholic nurse credited with saving more lives during the Crimean War than Florence Nightingale was honoured during the week with a ‘Google Doodle’ in her memory.

After Mary Seacole’s repeated requests to provide nursing care to British troops in the Crimea were rejected by the British War Office, the 48-year-old took it upon herself to travel, at her own expense, to Balaclava, where she built a rudimentary hospital, known then as ‘a hotel’, out of pieces of driftwood and scrap metal.

At the time, more British troops were dying of sickness than battle injuries. This was because they were badly equipped and badly fed, thus little able to deal with the harsh Crimean winters of 1853, ’54 and ’55.

Because of her use of good hygiene methods and the provision of a better diet, Seacole is reckoned to have saved more lives than Florence Nightingale, the much celebrated ‘Lady with the Lamp’. One reason why Nightingale was better remembered by the British public is that Seacole was black. She was the daughter of a Jamaican mother and a Scottish father.

When she returned to England, she was destitute. Her plight was highlighted in The Times and other newspapers, and a fund was created so that she might live, reasonably frugally, in London. In her later years, she converted to Catholicism.

In 1857, she published The Wonderful Adventures of Mrs. Seacole, an account of her Crimean exploits.  It was the first autobiography to be written by a black British person.

It is only in the last 20 years or so that Seacole’s life has been properly celebrated. In 2003, she was named the greatest ever black Briton in a BBC poll – http://www.100greatblackbritons.com/. Earlier this year, a statue commemorating her was unveiled in St Thomas’ Hospital, London.