Home > Featured > Is it a good idea to hide rows from children as Pope advises?

Is it a good idea to hide rows from children as Pope advises? 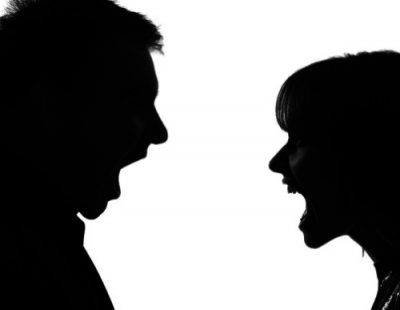 Pope Francis said he believes couples should not argue in front of their children.

The Pope made the comment during a baptism of 27 newborn babies at the Sistine Chapel, on the feast of the Baptism of the Lord.

During the annual service, the Pontiff said a child’s faith must be developed and grow. This happens through the parents’ example, and he advised that adults should not argue in view of their children.

“Never fight in front of your children,” he said. “It’s normal that parents should argue; the opposite would be strange. Do it, but without letting them hear or see.

“You have no idea the anguish it causes a child to see his or her parents fight. This, I dare say, is a piece of advice that will help you pass on the faith.”

Stephen Cardy, chief executive of Family.ie said there’s “nothing hidden in a family”.

“The reality is that children will be aware if there are tensions between the parents. It’s good to see parents resolving conflicts between themselves over issues if they can do that, but it’s better not to have rancorous and fractious conflict in front of children because they’ll be upset by it,” he told CatholicIreland.net.

Very young children will not understand conflict and will not be able to verbalise and express their thinking. “One would hope will behave like adults and won’t get involved in conflict in front of minors,” Mr Cardy said.

He said that as children get older and can talk, some might be sensitive enough to articulate about the conflict that has happened between the parents.

“But if possible, [conflict] should be kept between the adults and not take place in front of the children. But kids will get it if there is tension going on.”

Under the age of about 10 years old, explained Mr Cardy, children generally look at their parents in heroic terms and think they could never do anything wrong. “In a functional family, they look at their parents and they might see that one person gets irritated with another person from time to time, but they don’t pay much attention to that. If there’s a row, that’s a different situation.”

Speaking from his own experience, he said he and his wife Margaret didn’t fight very much when their children were growing up. “But they would have seen us disagree about things, and they also saw us resolve those issues and we did so quickly. So that was helpful to them in that they got it that you don’t always see eye to eye on things – but we sort it out.”

“It reassures them that conflict is part of life. The best illustration they can have is seeing people they trust resolving issues, where they can get it that [previously] there’s been some real differences between the two people, particularly if it is their parents.

“Often rows in families are over the children themselves, and here it is doubly important not to have the disagreement in front of the child, who has a vested interest in the outcome.”

When there is a row festering, for example over money, Mr Cardy advised that a couple agree that they need to talk about the issue, park it and plan for a time to talk about it. “Then you know the issues are going to be addressed and not neglected.

“I would recommend that you don’t go to bed in flames because you [should] settle your emotions before you go to bed. You might not get every issue resolved because some issues go for years, they don’t disappear.”

Mr Cardy recommended prayer as a means of improving relationships in a marriage.

“My experience of life living with other people is that if you do pray it alters you and it alters the situation as well. Both of those are very helpful. If that is in your armoury – not everyone prays – then it helps you to get to solutions much more quickly because you’re probably in a better place yourself to start with.

“I’m sure the Lord is at work in ways that we don’t necessarily understand or see at the time. He’s working on our behalf to resolve issues.”