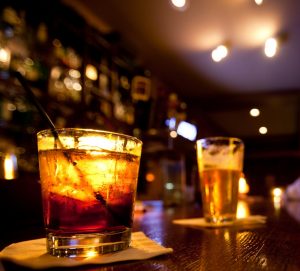 For the first time since the foundation of the state, members of the public will be able to go into a pub and buy alcohol (in pubs, off licences and supermarkets) on Good Friday.

The change was introduced by legislation on Thursday in the Dáil. This means that the only day when pubs will be closed will be Christmas Day, though publicans have the right to close their pubs on Good Friday, even for a few hours, if they so wish.

“The economic and social life of this country has changed dramatically over the past two decades,” said Minister David Stanton, moving the legislation. “Tourism makes a much greater contribution to our economy and this is particularly true during holiday periods, such as the busy Easter period.”

Changing demographics and increasing diversity in our population have led to a reduction in traditional religious practice, he added.

While there was broad agreement to bring in the measure, several deputies used the debate on Thursday on the Intoxicating Liquor (Amendment) Bill 2017 to discuss Ireland’s relationship with alcohol. “A significant minority of people in this country struggle with alcohol and with alcoholism. We must do something for those people,” said Deputy Jim O’Callaghan from Fianna Fáil. “We must recognise that many people are badly damaged by alcohol and do something to reduce that. It is a major public health issue.”

Independent deputy Maureen O’Sullivan said society needed to “denormalise” the drinking of alcohol. “I drink and enjoy alcohol. However, it is normal in our society to drink on every occasion.” She pointed to the ironic situation where the bill would give people “another day on which to go into a pub or off-licence and get alcohol” and alongside that the Dáil was considering the “Public Health (Alcohol) Bill, which aims to reduce the consumption of alcohol in Ireland”.

Independent deputy Mattie McGrath did not support the bill. “A lot of publicans have contacted me because they want the ban to remain. It is two days in the year – dhá lá. One of the days is not even really a holiday because they are so busy on Christmas Eve, right up to midnight, and then they are open again on St Stephen’s Day. They must physically clean the pub and have it ready for the next day so Christmas Day is not a holiday for publicans and it offers no break.”

Fianna Fáil deputy Eamon O’Cuiv warned that the law of unintended consequences might kick in, as it was the removal of the Sunday ‘Holy Hour’ that led to the demise or rural pubs. “When the holy hour was in place, families allowed whoever wanted to have a drink after mass to go into the pub for an hour, knowing they would be home for dinner at a reasonable hour. After the holy hour was got rid of, they got no customers on Sunday mornings,” he said. “One should always beware of what one asks for. One of the things that hastened the death knell of the rural pub was the extension of the opening hours.”

Meanwhile, a poll in the Irish Independent newspaper showed 58 per cent of 6,546 votes cast in favour of removing the ban, and 42 per cent  in favour or retaining it.

Good Friday is a day of fast and abstinence for Catholics. This year it falls on Friday 30 March.