Actor and film producer Joe Mantegna has announced that his next project will be a film on Italian mystic St Padre Pio of Pietrelcina.

The actor, who is best known for his roles in ‘The Three Amigos’ and ‘The Godfather Part III’ is working in collaboration with the St Pio Foundation and a percentage of the film’s profits will go to the foundation.

Mantegna and his production partner Danny Ramm will make the film through their company Acquaviva Productions and it will be filmed on locations in Pietrelcina and San Giovanni Rotondo in Italy’s Puglia region.

“The film will highlight Padre Pio’s impact on the Catholic Church and the building of his hospital, Casa Sollievo della Sofferenza in San Giovanni Rotondo, Puglia, Italy”, the film’s website has stated.

In a video appeal for funding, Mantegna who was born in Chicago in 1947 to a father from Sicily and a mother was Puglia, described Padre Pio as “one of the most extraordinary men of the 20th century” and said his life was “truly the stuff of legend”.

“When news of his stigmata spread, senior figures in the Vatican tried to disprove his wounds and undermine his reputation,” he claims.

According to Mantegna, the new film will be an in-depth look at Padre Pio’s life and his struggles between faith and doubt, spirituality and scepticism, and between “the humble country priest and the perfumed princes of Rome.” 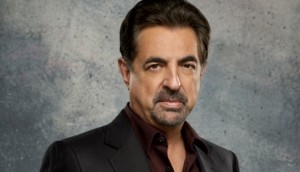 “Painstaking efforts will be made to recreate the time period, including the costumes, hairstyles and furniture, right down to the sandals on Padre Pio’s feet.”

Padre Pio was born Franceso Forgione in 1887, the son of peasant farmers in Campania in southern Italy.

The film will also document the role played by American heiress Mary Pyle both as a friend of Padre Pio and in funding a friary and seminary in Pietrelcina and assisting with the hospital Casa Sollievo della Sofferenza in San Giovanni Rotondo.

Mary Pyle was baptised into the Presbyterian church in New York City.

In 1918, six years before she met Padre Pio she became a Catholic.

She was strongly influenced to do this by the urging of Maria Montessori, the internationally renowned educator whom she had known and toured with for ten years.

From the time of her baptism she searched for a spiritual director. Then in 1924 she visited San Giovanni Rotondo and met Padre Pio, who became that spiritual guide.

She bought a small house in San Giovanni and exchanged her fine clothes for the dull brown habit of the Franciscan Third Order, the lay branch of the Order which St Francis founded for men and women.

Most of her time was taken up working for Padre Pio. Mary acted as his secretary and looked after the huge volume of correspondence he got.

The family fortune she inherited helped fund the friary and seminary in Pietrelcina and enabled her to purchase the house where Padre Pio had been born and she also contributed a large sum to his hospital.

In 1968, Maria died in that hospital when she was aged eighty years.

An interview with Joe Mantegna about the Padre Pio project can be seen here: https://www.youtube.com/watch?v=O7eX4bSeiz4#action=share