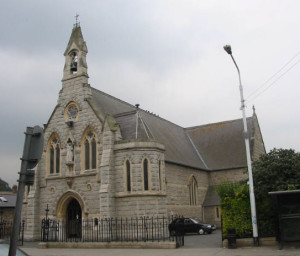 The Church of the Holy Cross in the Dublin suburb of Dundrum, whose former curates include Blessed Dom Marmion, is due for a major facelift, following a decision by An Bord Pleanala.

An Bord rejected an appeal lodged last July, and confirmed a decision of Dun Laoghaire-Rathdown County Council to grant permission for the development as proposed, but requiring the existing front porch to be retained.

The latter requirement is due to the church being a listed building.

Holy Cross, which lies just across the Ballinteer Road from the Dundrum Town Centre, intends to improve its facilities in three phases.

In the initial phase, new parish offices, an entrance pavilion and the refurbishment of the old parish hall beneath the church will be completed.

This area, which is situated in the shadow of the Dom Marmion Bridge, will become known as Church Square when it is completed.

The second phase will deal with the interior of the church, and the plan concludes with external work on Main Street in phase three.

In regard to the latter, the Council has plans for a major improvement of Main Street, and the new look exterior of the church, which will incorporate a plaza in front, will present a more welcoming facade in this context.

The tendering process is expected to be complete in late spring, after which the Parish Development Buildings Committee and Finance Committee expect to be in a position to give details of timelines and costings.