Home > News > Glenstal may close to public over insurance claims

Glenstal may close to public over insurance claims 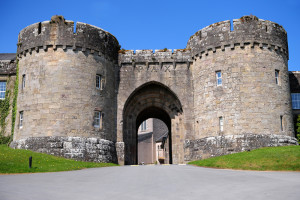 One of the country’s top boarding schools and retreat centres is to consider closing its gates to the public because of the high number of personal injury claims made against it.

Glenstal Abbey, which is located in Murroe in Co Limerick, is considering the move and only opening to the public for specified Masses due to rising insurance costs.

Speaking on local radio, Benedictine Fr Simon Sleeman revealed that the monastery has three open cases before it at the moment including one were a woman fell in the church.

According to Fr Sleeman, “We have been forced to consider closing our grounds due to the amount of claims. It is very much in sadness rather than in anger. It would be a very sad and retrograde step but it is the reality of life and we may have to become a little bit more careful.”

He added, “There is an issue and it is getting worse. Our insurance is increasing as a result of claims with our premiums now over €70,000 annually. We love people coming here as it is a form of security.”

“For example, if people are walking around one of the lakes and notice something unusual they would contact me immediately.”

He said the Abbey may now have to consider closing the gates of the Abbey to walkers and only open at specified times for masses but that this would be the “last option”.

Moreover, he claimed, “The compensation culture is definitely a growing concern and schools and public buildings seem to be particular targets. We have requested the insurance company to take a strong position defending these claims where at all possible.”

As well as been one of the country’s leading secondary schools since it first opened its doors in 1932, Glenstal is home to a number of Benedictine monks, a number of small retreats known as God Pods and a B&B.