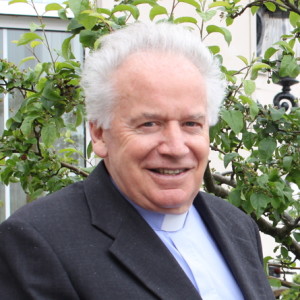 Gardaí say they are aware of an alleged assault on the retired Bishop of Kerry Dr Bill Murphy.

The incident took place on 6 August on a Killarney to Dublin train.

A man in his 30s is alleged to have approached the 79-year-old bishop in a carriage, after the train had left Mallow Station, and punched him in the face.

A male passenger sitting in the same carriage intervened and asked the man to leave the bishop alone.

After the exchange, the alleged attacker was escorted from the carriage by two Iarnród Eireann staff.

Gardaí were waiting on the platform in Heuston Station, but it is unclear whether the man was arrested.

Bishop Murphy had been travelling with his brother Archdeacon Michael Murphy. The retired Bishop was said to be very upset after the incident which occurred on the 7.30am Killarney/Dublin train.

“This unfortunate incident happened over a month ago and it has been reported to the Gardaí,” a spokesperson for the Kerry Diocese said this week.

“The incident has also been brought to the Designated Liaison Person for Safeguarding Children in the Diocese of Kerry.”

In an interview at the time of his retirement in July 2013, Bishop Murphy described the child sex abuse scandal as the most difficult time of his 18-year tenure in Kerry.

Three years earlier, he responded to the release of Judge Yvonne Murphy’s report into abuse by priests in the Archdiocese of Dublin, saying he was deeply saddened and shamed by the content.

“I want to offer my sincere sympathy and regret to those who have experienced child sexual abuse, even though I realise I can never fully understand the depth of their suffering and pain,” he said.

“The report documents evil and criminal activity and highlights a dreadful failure to respond to it appropriately.

“I renew my appeal to all who were sexually abused by clergy to come forward if they have not already done so. I assure them that they will be treated with respect and dignity,” said Bishop Murphy.

Dr Murphy served as Bishop of Kerry from 1995 until his retirement in May 2013.