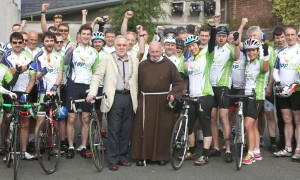 Bro Kevin Crowley and the Lord Mayor of Dublin Cllr Christy Burke were among those who saw off the ‘2015 Great Escape’ cycling fundraiser in aid of the Capuchin Day Centre at the weekend.

Over 80 people, most of them Gardaí, took part in the 300 km two-day event which is in its fifth year.

They raised €20,000 for the homeless charity with the help of a range of corporate sponsors including Top Oil.

The cyclists left the capital on Friday 12 June at 8.30am and finished in Belmullet Co Mayo on Saturday.

The Great Escape is a cross country charity cycle which was set up in 2010 to raise funds for the Capuchin Day Centre, which provides support for homeless people throughout Dublin by providing breakfasts, lunches, dinners and food parcels six days a week, as well as providing a medical service, advice and information clinics and shower facilities.

Speaking about ‘The Great Escape’, Bro Kevin Crowley said, “I am sincerely grateful to all 80 cyclists who set off from Dublin over the weekend to travel across the country to raise funds for the Capuchin Day Centre.” 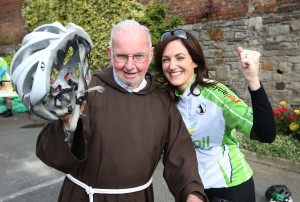 “We provide support for those who have been left behind in society – people who are trapped and imprisoned in a cycle of poverty and homelessness.”

He explained that the demand for the centre’s services this year is “at its highest since the charity’s inception in 1969” and the centre hasn’t received any increase in government funding since 2007.

“Every day in the Capuchin Day Centre we meet the tragic human casualties of failed Government policies and those charged with cherishing all the children of the state equally,” Bro Kevin said.

Of the fundraising cycle, he said “efforts like this one go a long way towards providing us with financial assistance that we are not receiving elsewhere” and enable the centre to keep providing breakfast, lunch, dinner and food parcels to the hungry and homeless in Dublin every week.

“Without the wonderful support of our benefactors and our volunteers the centre couldn’t survive,” he emphasised.

The Capuchin Day Centre is run as an apostolate of the Irish Capuchin Franciscan Order and since the late 1960s has operated a food and day care facility for people who are homeless or in need.

From humble beginnings of providing soup and sandwiches for about 50 people, they have grown to be the biggest food centre in Dublin.

In keeping with the spirit of St. Francis of Assisi, they do not charge for any of their services. They operate an ‘Open Door’ policy and ask no questions. 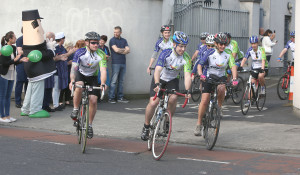 Furthermore, 1,800 people rely on the delivery of food parcels each week to feed themselves and their families.

The centre also has a designated family area where parents and their children can enjoy nutritious meals in safety.

The increase in child poverty is very evident at the Day Centre with more parents needing to avail of the service.  It also has a medical service, chiropody clinics, an optical service and advice and information clinics.

The Capuchin Day Centre has not received an increase in its government funding since 2007. As a result, the centre relies on public donations and volunteer work more than ever before.

The Capuchin Day Centre is based at 29 Bow Street, Dublin 7.