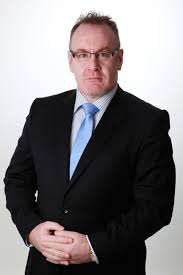 There are moves to invite Pope Francis to Galway in 2018. Galway City councillor, Pearce Flannery (FG), has submitted a motion to the City Council for approval to invite the Pontiff to the city during his planned 2018 trip to Ireland.

The Fine Gael councillor for the West Ward wants the council to write to Dr Eamon Martin, Archbishop of Armagh and Primate of All Ireland, requesting that he formally invite Pope Francis to visit Galway and to celebrate Mass there as did Pope John Paul II in 1979.

Councillor Flannery says it would be wonderful to allow those who attended the Youth Mass in 1979 to bring their families to another Papal Mass in Galway.

Speaking this week to the Galway Advertiser newspaper, Cllr Pearce Flannery said “it is a win-win for everybody concerned, religious and secular alike.” He has asked all councillors and stakeholders to support this proposal and to get behind the initiative so the invitation will have unanimous support once it is issued.

The motion is asking “That the Galway City Council executive write to Dr Eamon Martin, Archbishop of Armagh and Primate of All Ireland and request that he formally invite His Holiness Pope Francis to visit Galway during his proposed visit to Ireland in 2018 and celebrate Mass in a similar fashion to his predecessor John Paul II in 1979.”

Speaking to the Galway Advertiser newspaper, Cllr Flannery said: “It is likely that the Pope will come to Ireland in 2018, and if that comes to fruition, I think it is important that Galway is firmly on the agenda. The process needs to be kick-started somewhere and I think as a councillor it is a good idea to issue an invitation.”

He added: “Hopefully if this motion is passed, it will start the ball rolling. I am hopeful that we will get support from a wide range of quarters, both religious and secular. I believe a visit of the Pope to Galway will have the same impact on people as Pope John Paul’s arrival here [in 1979] which is an iconic memory.”

Cllr Flannery hoped that a decision on the motion would be reached soon because of the amount of preparation and detail involved in such an undertaking. “It is imperative that we get Galway on the itinerary as soon as possible because decisions and plans must be made from a wide range of quarters, not just in Ireland. Issues such as security, logistics, accommodation, all of these things must be taken into account with an event as significant as this.”