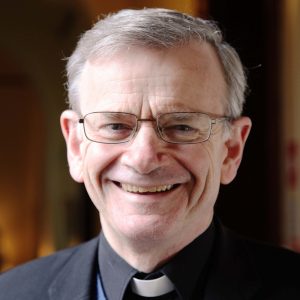 The founder of www.catholicIreland.net will be ordained Bishop of Raphoe on Sunday (6 August 2017). Speaking in advance of his ordination, Fr Alan McGuckian SJ, who will be Ireland’s first Jesuit bishop, said that he had heard rumours some time ago of his appointment, but there was a “big element of surprise and some shock” when the phone call came inviting him to visit the papal nunciature.

While Jesuits are not “naturally bishops” said Fr McGuckian, he believed he would in time “relish” being one. “I will grow to relish it! I am not going to run ahead of myself but I think it is an amazing privilege to be asked to be the centre of unity for a local Church – in my case the Church of Raphoe.”

He said he has no immediate plans for his new diocese. “The plan for the diocese needs to be a plan that is hatched and born in the diocese of Raphoe, so any plan I have will be genuinely, and it is not a cliché, to get to know the priests and the people and listen to them as well as talk to them.”

Having worked for the past six years with the Living Church project of the diocese of Down and Connor, the Jesuit is used to listening. In fact, the project began in 2011 with a Listening Process that aimed to hear the hopes and fears of priests, religious and laity in the 87 parishes of the diocese. Arising from this came the publication of the ‘Living Church Report’ in 2012 and the establishment of the Living Church Office to implement the recommendations of the report.

“In parishes all across the diocese people have come forward, becoming part of parish councils or initiatives arising out of parish pastoral councils, and there is a growing sense of co-responsibility between clergy and lay people,” said Fr McGuckian.

Fr Alan McGuckian, one of six children to Brian and Pauline McGuckian in Cloughmills, Co. Antrim (both deceased), entered the Jesuits in 1972 aged nineteen, following in the footsteps of two older brothers, Bernard and Michael. He had done a year at university, and though he was strongly advised to finish his degree, Fr McGuckian said he had “great clarity that this was something that I was meant to do with my life and for that reason I acted on it with a certain urgency.”

While his brothers were an influence on him, he absolutely did not follow them into the Jesuits “as part of a family tradition”. He told catholicireland.net that he felt “this really strong call”.

After ordination, Fr McGuckian worked in Clongowes Wood College in Kildare and spent a period of time working in 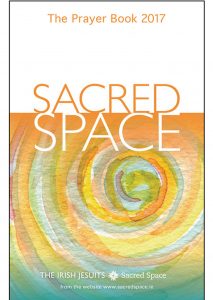 India and the Philippines. On his return in the late 1990s, he went to work as the Director of the Jesuit Communications Centre.

Contemplating the burgeoning advance in technology, the native Irish speaker turned his eyes to the internet and with others set up www.sacredspace.ie, a website that taught people how to pray online using an Ignatian technique. The website is now available in 23 languages, reaching millions of people, and has spawned the very popular annual prayer book: Sacred Space – The Prayer Book.

“We were taken by surprise at how rich and valuable a thing it was and that set me thinking that there should be a wider, more universal way, more national way of capitalising on this new technology that seemed so very new to us at the time.”

They experimented with a website aimed at helping young people who were getting married – www.gettingmarried.ie – and this led to the idea of “an Irish Catholic web portal” – www.catholicireland.net. Fr McGuckian felt the site had to be unashamedly ‘Catholic’ and ‘Irish’ even at a time when this label was unpopular.

While Fr McGuckian SJ has not been involved with catholicireland.net for some years, he supports it and is delighted it has remained and progressed. “It is lovely to see something enduring and continuing to be of help to people in many different ways,” he said.