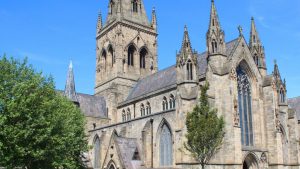 Many of the UK’s historic church and cathedral congregations have managed to keep a roof over their heads thanks to a repair fund of £40m. The largest number of repairs (approximately a third) included work on roofs under the First World War Centenary Cathedral Repairs Fund.

According to a new report on the fund, the applicants prioritised making buildings weatherproof, safe and open to the public to host acts of remembrance for the centenary of the First World War armistice in 2018.

“This programme has enabled a number of Catholic cathedrals to carry out major works of repair which would otherwise have been wholly unaffordable. Many Catholic cathedrals in England are located in deprived inner-city areas and have very limited funds,” said Most Rev George Stack, Archbishop of Cardiff and Chair of the Catholic Bishops’ Conference Patrimony Committee.

“These highly significant sacred buildings have been able to play their part in the commemorations for the First World War and we are enormously grateful to the government for this vital funding which brings renewed hope to many,” said Rev George Stack.

The report stated that England’s cathedrals contribute more than £220m to the economy each year, drawing in more than 11 million visitors. These complex and historic buildings need fundraising for upkeep. However, with no regular government funding, those responsible struggle to maintain the buildings and ensure comfort, safety and accessibility for all.

Grants were awarded over two phases between 2014 and 2018, each totalling £20 million. Some 146 awards were made to 57 cathedrals. Twelve cathedrals were awarded more than £1 million each, and the average award was £274,000.

Among those funded was St John’s Cathedral, Salford. Built between 1844 and 1848, it was the first cruciform Catholic church to be built in England since the reformation.

Funding was also awarded to the Cathedral Church of Saints Peter and Paul, Clifton, a late brutalist building. Completed in 1973, it had leaks since it first opened. 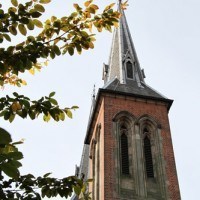 “St. Chad’s was the first Catholic cathedral erected in the UK following the Reformation of the 16th Century,” said Canon Gerry Breen, Dean of St Chad’s Cathedral & Minor Basilica. “It gave us the opportunity to highlight the cathedral’s World War I monument in memory of the 200 men and boys from the parish who fell in the Great War. Our WWI memorial remains a poignant place to pray for peace and unity in our world today.”

The report concluded that the fund had been successful in achieving its aims and met a funding need that could not be met elsewhere. Areas of cathedrals covered by grant-aided projects had been very largely changed from needing urgent repair to needing routine maintenance only.