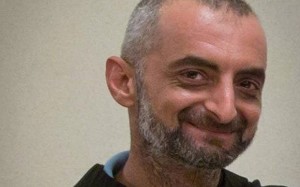 The Franciscan parish priest who was abducted in Syria on 23 December is now free.

Forty-one-year-old Fr Dhiya Azziz remains in the Syrian capital, Damascus, according to the Franciscan Custos of the Holy Land, Fr Pier Battista Pizzaballa.

In a statement issued on Monday following the release of the friar the Custos said, “Today we received the communication that Fr Dhiya Azziz has been liberated and that he is doing well.”

The statement underlined that the Custody could not provide further details of Fr Aziz’ abduction and release due to reasons of confidentiality.

Contact was lost with the parish priest of Yacoubieh, in Idlib province, on Christmas eve while he was making his way back from Turkey to his parish.

Fr Aziz had been visiting family who took refuge in Turkey. The village of Yacoubieh in Idlib province, lies more than 56 miles northeast of Latakia. The Islamist rebel group al-Nusra Front has a strong presence in the province.

His family members took refuge in Turkey after the so-called Islamic State group seized Bakhdida in Iraq in August 2014.

In Monday’s statement, the Custos warned that “The situation remains very grave and dramatic in Syria, though we are doubtless happy and relieved that Fr Dhiya [Aziz] has been released,” he said.

“The Custody does not forget that other religious are still missing in Syria and it invites everyone to continue praying for peace in [that] country.”

This is the second time Fr Azziz has been kidnapped in the last few months.

In July he was abducted by a group of jihadists and released after a few days.

On that occasion, the priest had been taken by a brigade of militants for a short meeting with the Emir who exercised authority in the region.

The Jabat al-Nusra jihadist group, who operate in the area, denied any involvement in the kidnapping.

Fr Aziz’s December kidnapping is the latest in a series of attacks on Christian religious since the start of the Syrian civil war in 2011.

In 2013, militants kidnapped Fr Paolo Dall’Oglio, SJ, and the Greek and Syriac Orthodox bishops of Aleppo. They remain missing.

The Syrian war, which began in March 2011, has claimed the lives of more than 250,000 people, and forced 4.1 million to become refugees. Another 8 million Syrians are believed to have been internally displaced by the violence.