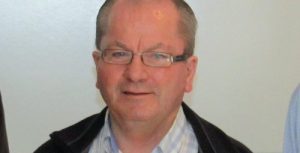 The man who died in a road traffic crash in County Offaly on Thursday evening was a Franciscan brother and a native of Corrandulla in Co Galway.

Brother Michael Burke died after the car he was driving collided with a truck on the N62 at Cloghan around 4 o’clock on Thursday afternoon.

Brother Burke, who was in his 60s, was fatally injured in the collision, while the driver of the truck managed to escape injury.

He was heavily involved in the campaign to keep Mountbellew Agriculture College open in 2011.

Speaking in 2014, less than two years after campaigners were expressing fears about the viability of Mountbellew’s Franciscan Agricultural College he said of the college’s future “We expect to have over 200 students this year and that is an increase of 45 to 50 on our student numbers in recent years.”

Br Burke who served as Deputy Principal of the College added, “It’s the CAO that decides on these points but there is a huge demand for all agricultural-related courses this year and the points for our Agriculture and Environment Management courses have also increased from 330 to 350.”

His Requiem Mass will take place on Tuesday in Corrandulla Church at 12 noon with burial afterwards in Cregg Cemetery Co Galway.